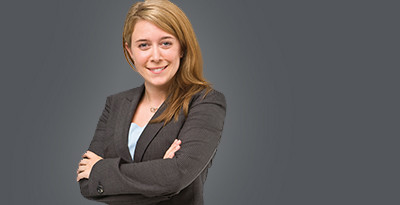 Kegler Brown served as counsel to The Peerless Saw Company in connection with its founders’ 2016 sale of 100% of the stock of the company to a newly created Employee Stock Ownership Plan sponsored by the company. Kegler Brown advised the manufacturer and its founders on all aspects of the transaction, including negotiating the stock purchase agreement, hiring an independent ESOP trustee, forming the ESOP, and structuring the terms of the sale and related ESOP terms.

Kegler Brown has served as counsel to Jeni’s Splendid Ice Creams, which is consistently recognized as one of the country’s best dessert boutiques, for many years. Early in 2016, as part of our firm’s continuing role as a strategic business partner to the company, our lawyers advised the company’s owners throughout a series of capital infusion transactions, including multiple sales of convertible notes and equity warrants to national private equity investors. These transactions ultimately resulted in the sale of a controlling stake in the company, though financial terms were not disclosed.

The sale of Resource Ammirati to IBM made national headlines because the digital leader became the first strategic creative agency acquisition for IBM’s Interactive Experience business unit. Kegler Brown worked closely with Resource Ammirati shareholders and their IBM counterparts throughout the process, including identification of buyer, negotiation of terms, Hart-Scott-Rodino antitrust clearance, and final consummation. Kegler Brown has served as counsel to Resource Ammirati for many years, providing comprehensive legal services in numerous areas and facilitating a number of transactions that have made news in the advertising world. The deal officially closed in February 2016 and financial terms were not disclosed publicly.

Our client, an Ohio-based fitness technology company that creates fitness challenges for businesses and schools utilizing wearable devices, sought our advice throughout 2015 in a tax-free merger with an out-of-state provider of healthcare solutions and data analytics for employee populations.

We assisted our client with the formation of a strategy regarding transaction structuring and related tax matters; intellectual property issues, governance, capitalization, and the go-forward economic rights of prior owners in the combined company. We also provided assistance in negotiations with third parties, which included their large investor base, as well as risk mitigation and post-closing finance.

Kegler Brown represented PIADA Italian Street Food, an authentic fast-casual Italian eatery based in Columbus, Ohio, with restaurants in Ohio and Indiana, in connection with a significant growth equity investment made by Catterton Partners, the leading consumer-focused private equity firm. Terms of the September 2013 transaction were not disclosed. At the time of the investment, PIADA had 14 locations across the Midwest, with 6 planned to open by the end of 2013. In 2013, PIADA was named one of Nation’s Restaurant News’ five “Hot Concepts” as well as one of Nation’s Restaurant news’ top 50 breakout trends.

Kegler Brown represented the controlling shareholder of TDCI, Inc. in its sale of TDCI to Infor (US), Inc. TDCI, headquartered in Columbus, Ohio, provides leading software product configuration management solutions to manufacturers and distributors of customizable products and services. Infor is a leading provider of business application software that serves more than 70,000 customers in 194 countries. Financial terms of the May 2013 transaction were not disclosed.

PowerSecure International, Inc. (NYSE:POWR), a leading provider of energy technologies and services to electric utilities and their customers, acquired Solais Lighting, Inc., an innovative Massachusetts-based LED lighting business. Our attorneys represented PowerSecure and completed the merger in April 2013. Financial terms of the transaction were not disclosed.

The transactional practice team at Kegler Brown represented PowerSecure International, Inc. (NYSE:POWR) in a February 2013 asset purchase of the energy services business of Lime Energy Co., a publicly traded company in the energy industry. PowerSecure is a provider of energy technologies and services to electric utilities and their customers.

In August 2012, Kegler Brown’s transactional attorneys represented Kettle Creations Inc. and its principal stockholders in connection with the sale of its business and the majority of its assets to Bob Evans Farms Inc. (NASDAQ: BOBE). Terms of the August 2012 transaction were not disclosed. Kettle Creations produces and sells refrigerated mashed potatoes, rice and pasta side dishes. Bob Evans Farms Inc. (NASDAQ: BOBE) owns and operates full-service restaurants under the “Bob Evans” brand name.

Kegler Brown represented a strategic operating company in connection with its acquisition of a B2C e-commerce platform acquisition from a private equity firm. The acquisition was completed in July 2012.

Kegler Brown represented a leading energy efficiency solutions provider in its sale to a global steel manufacturer. Terms of the March 2012 transaction were not disclosed.

In August 2011, the attorneys at Kegler Brown represented a leading digital marketing agency in its sale of a minority equity interest to a Boston-based private equity firm and a related, leveraged debt recapitalization.

Our firm represented Marcum Midstream 1995-2 Business Trust, the largest oil and gas water disposal company in Colorado and an affiliate of PowerSecure International Inc. (NYSE:POWR), in the sale of substantially all of its assets to High Sierra Energy, a Colorado-based diversified energy company. Our attorneys also assisted in clearing the Hart-Scott-Rodino filing process. PowerSecure International is a leading provider of services and technologies to energy utilities and their customers. The transaction was completed in June 2011.

In March 2011, Kegler Brown represented a publicly traded, global medical technology company in its sale of an instrument management and repair business to a private equity fund. Financial terms of the agreement were not disclosed.

Kegler Brown provided corporate divestiture counsel to a Dayton, Ohio, manufacturing company in the of its sale of steel fabrication assets and operations to the U.S. subsidiary of a steel fabricator based in India. The transaction was completed in February 2011.

The transactional practice at Kegler Brown represented a publicly traded, global medical technology company its corporate divestiture of one of its business units to a strategic buyer. Financial terms of the November 2010 transaction were not disclosed.

Kegler Brown attorneys recently represented a Dayton, Ohio, tool company (“ToolCo”) in the sale of its subsidiary assembly plant in Mexico City to an international supplier of parts for light-duty trucks. The subsidiary was organized under the laws of Mexico and was subject to Mexican labor law and Mexican contract law. Extensive negotiations were required with Mexican labor organization and Mexican tax authorities.

Kegler Brown represented PowerSecure International, Inc. in the closing of its $40 million public offering, underwritten by investment banking firm Robert W. Baird & Co., which was represented by Morrison & Foerster. The public offering raised money for PowerSecure’s important business needs, including working capital, acquisition and equipment to grow and expand its business which has reported record revenues in its most recent financial results. In order to complete the financing, our firm counseled and assisted them on every step of the process, from the preparation and filing of the shelf registration statement, through due diligence, negotiations with the underwriters on the underwriting documentation and preparation and filing of the prospectus supplement and related offering documents. This counsel helped PowerSecure finance its rapid growth trajectory, which subsequently included listing its shares on the New York Stock Exchange and ringing the opening bell that day, while our attorneys stood proudly next to the company's executive team.

Counseling a New Public Company in the Software Industry

The attorneys at Kegler Brown took over representation of a newly public company in the software industry. Our attorneys counseled the management team in complying with federal and state securities laws in connection with the new public company status, undertaking fund raising efforts, managing corporate finance issues, and meeting mandated reporting requirements. Our team also helped them make decisions regarding the registration of selling stockholder shares, which involved extensive counseling and intense education of the officers, board of directors and committees regarding the company's securities and other public company requirements and obligations. Kegler Brown has become the growing company's trusted advisor and works closely with the executive team in managing all aspects life as a public company.

Kegler Brown represented a publicly traded, global health care company in connection with its acquisition of a shipping and freight management services business that services the health care industry. Financial terms of the 2010 transaction were not disclosed.

Kegler Brown represented Resource Ventures, Ltd. (d/b/a Resource) in the acquisition of Ammirati, a New York-based advertising agency. Resource is a digital marketing agency based in Columbus, Ohio. Ammirati, which was founded in 2002, most recently worked with Jerry Seinfeld on the web series "Comedians In Cars Getting Coffee," and launched a new ad campaign for beer client Labatt during the Super Bowl. In addition, the firm works with Coca-Cola (Fuze, Vitaminwater, Gold Peak Tea), Seagram's, Nintendo, Pirate's Booty, Remy Cointreau, Schwinn and Sweet'N Low. The details of the transaction were not disclosed.

Business Growth through Acquisitions and Registrations

In 2013, Kegler Brown acted as securities and corporate counsel to PowerSecure International, Inc. a nationally renowned energy services public company, in engaging in a series of business acquisitions and $100 million in securities registrations, that involved a complex series of issues relating to securities regulation compliance, taxation, corporate entity formation and merger, and complex transaction negotiations with opposing counsel in a short period of time. With our extensive team knowledge of public companies, securities requirements, tax matters, entity structure and our acclaimed merger and acquisition practice, we were able to help our client meet and exceed its expectations while simultaneously advising its board of directors and relevant committees in successfully resolving all issues, in order for PowerSecure to achieve its high standards of excellence and business and finance requirements.