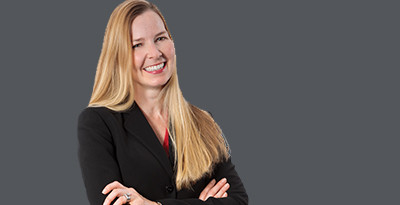 Rebecca focuses her practice in the firm’s Litigation and Health Care areas. She prides herself on providing excellent client service and identifying the client’s goals and developing an efficient and effective strategy for achieving those goals. Rebecca has been with the firm since 2003.

Rebecca also advises health care clients on issues such as compliance with HIPAA and other state and federal laws and regulations.