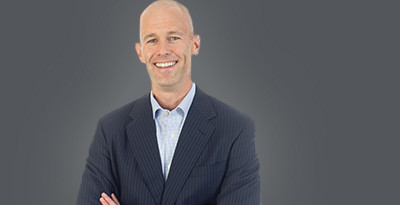 Dublin Scioto River’s “Bridge Park” development is the largest suburban redevelopment project in Central Ohio history, featuring a hotel, convention center and mixed-use properties on the east bank of the Scioto River in Dublin. Work on this $300 million project is well underway and we are providing ongoing advice to the owner-developer on all aspects of project issues.

In 2017, we represented a subcontractor who has been in business for over 100 years in a dispute involving the work of its sub-subcontractor. Concerning caisson work from 2014 performed in the riverbed of the Scioto River in downtown Columbus, litigation pending in the U.S. District Court for the Southern District of Ohio was settled on favorable terms for our client.

Proving the State at Fault for Delaying Project

In the case of Wood Electric, Inc. v. Ohio Facilities Construction Commission, 081216 OHCOC, 2014-00987, we represented an electrical contractor in the Ohio Court of Claims against the State of Ohio in a dispute involving a delayed multimillion-dollar school project. With our help, our client proved that the State and its agents delayed the work and adversely affected its productivity. This trial involved complicated schedule and delay issues, as well as important issues of compliance and waiver of the State’s one-sided contract documents. Trial was completed in April 2016 and a favorable decision was received that August that awarded full damages.

During the construction of dormitories for the Ohio Schools for the Deaf and Blind, TransAmerica Building Company Inc. was blamed for a delay in the $44 million project. Through aggressive litigation, Kegler Brown tried the case against the Ohio School Facilities Commission in the Court of Claims. This case was closely watched by the construction industry to determine the direction of construction claims against public authorities in Ohio.

The case, TransAmerica Building Company, Inc. v. Ohio School Facilities Commission, etc. v. Steed Hammond Paul Inc., etc., Case No. 2013-00349, was tried over three weeks in May-June 2015 and a favorable decision was eventually received for TransAmerica in excess of $2 million that found the State and its agents acted in bad faith. The case was recently settled for 100% of the award.

Our representation of a general trades contractor on an Ohio public works project claim triggered a finding that the State had engaged in bad faith by "sowing conflict and dissension" on the job and resulted in a substantial award for our client.

Representing a painting subcontractor, the lawyers at Kegler Brown obtained a settlement in our client's favor that involved several claims for additional work. A critical part of the representation was navigating the claim through the Ohio Department of Transportation's contract dispute process and then ultimately having the dispute settled through mediation.

Working closely with one of the most sophisticated and well-known public housing authorities in the U.S., our team obtained a very favorable settlement with respect to a critical construction dispute that involved asbestos abatement and contract termination provisions.

Kegler Brown attorneys represented a prime mechanical and plumbing contractor in Ohio and obtained a six-figure settlement on a school delay claim through mediation. Settled within only five months of the initial engagement, the dispute involved the state of Ohio's Article 8 process and defending against damages asserted by the the Ohio School Facilities Commission.