On December 28, the IRS issued Notice 2016-4, which extends certain deadlines for Affordable Care Act reporting. Specifically, the IRS has extended the deadlines for forms 1094-C and 1095-C (as well as forms 1094-B and 1095-B for providers of health coverage).

In part, Notice 2016-4 provides that Applicable Large Employers (“ALE”), generally employers with 50 or more full-time employees, now have until March 31, 2016, to furnish to employees Form 1095-C , Employer-Provided Health Insurance Offer and Coverage . Coverage providers, including self-insured employers, have until March 31, 2016, to provide Form 1095-B to individuals. The previous deadline was February 1, 2016. 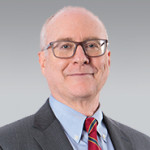