Columbus Business First announces the Class of 2012 for its annual Forty Under 40 program.

Vinita Mehra, a global business attorney and leader of the firm’s Asia-Pacific practice, and Jeff Dennis, the firm’s director of marketing and business development, were among those selected.

Mehra and Dennis were chosen by a panel of six judges and were rated on four criteria: reason for nomination, professional development, awards and recognition, and community involvement.

Mehra has been with Kegler Brown since 2003 and focuses her practice in the areas of international business, corporate law, intellectual property law, and mergers and acquisition matters. She is dually licensed to practice law in both Ohio and India. Steadfastly active in the community, Vinita sits on the boards of the Asian Pacific American Bar Association and Columbus Sister Cities International, while also devoting time to ASHA Ray of Hope and the Federation of Indian Associations. She has also received numerous accolades, including designation as an Ohio Rising Star from Super Lawyers for five years.

Dennis, who has been with Kegler Brown for five years, is currently the president of both the Ohio Chapter of the Legal Marketing Association and the Columbus Chapter of the American Marketing Association. His charitable efforts are many, including board roles with HandsOn Central Ohio and the Central Ohio Diabetes Association and participation in Big Brothers Big Sisters of Central Ohio. Currently an MBA candidate at Ohio University, Dennis is also a small business owner and the founder of Rock and Fire Cause Marketing, which offers no-cost marketing consulting services to small businesses and nonprofits throughout central Ohio.

The Columbus Business First Forty Under 40 program honors Central Ohio’s most outstanding young professionals and will recognize their achievements at an awards ceremony on Wednesday, May 23 at the Columbus Athenaeum.

Congratulations to both for this astounding honor. View the full list of honorees. 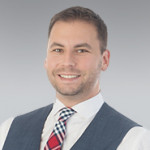