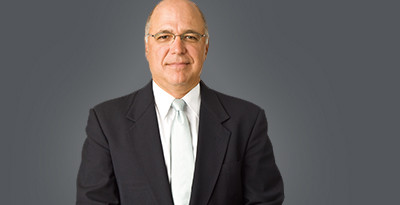 Like gamblers down on their luck, casino proponents don’t know when to quit in Ohio.

Just a day after their casino ballot issue was drubbed Nov. 4, MyOhioNow.com co-founders Rick Lertzman and Brad Pressman said they plan to return to voters next year with another gambling plan. This time it could call for multiple casino sites, including one in Columbus – an about-face from their proposal for a single casino resort near Wilmington that was shot down 2-to-1 by voters.

Other casino operators are said to have their eyes on Ohio, too, including Penn National Gaming Inc., which spent more than $20 million on a media blitz to help defeat the MyOhioNow ballot issue. Owners of Ohio’s horse racing tracks see casino-style gambling as their best bet to stop customers from going to surrounding states.

Toss in the need for Ohio’s cash-strapped state government to find revenue and the long-running debate over casino gambling in the state likely isn’t going away soon. There is too much money on the table to ignore the issue, said Michael Zatezalo, who focuses on gaming issues in his law practice at Kegler Brown Hill & Ritter Co. LPA in Columbus.

“It doesn’t seem to make sense when we’re one of the biggest markets (for casino gambling) and our people have to go elsewhere and we lose all that revenue,” he said. “A lot of people feel that way and want to see the right proposal.”

But Zatezalo said any proposal that would give one group a monopoly in Ohio – such as MyOhioNow’s single casino or the slots-at-racetracks proposition that failed in 2006 – won’t fly with voters who have rejected gambling issues four times since 1990. Zatezalo said he instead wants state legislators to conduct a study and develop a proposal that would be fair to government and casino developers.

“At that point, it would have a chance to pass,” he said.

Other state legislatures, including those in Pennsylvania and Illinois, have had success with that approach, he said, but the odds are long it would happen in Ohio.

“They probably won’t do it,” Zatezalo said. “No one wants to be out front on gambling because of the historic reaction to casino issues by voters.”

Gov. Ted Strickland wouldn’t favor a casino study because he opposes an expansion of gambling in the state, said his spokesman Keith Dailey.

Yet Strickland backed the creation of a Keno gambling game this year by the Ohio Lottery Commission as a way to generate money to deal with a projected $1.2 billion shortfall in the state budget. And the outlook for the next two-year budget that will be hashed out early next year isn’t any brighter. Strickland told state agencies to expect 10 percent cuts in their budgets because of the recession and other factors.

But a casino study by the legislature wouldn’t be a futile effort given the money woes facing the state and the bleak condition of Ohio’s economy, said political veteran Neil Clark, CEO of State Street Consultants, a lobbying firm in Columbus.

“They should do a study to at least look at,” he said. “Would they? If the governor has a huge revenue shortfall, people will look at other options. The (casino) story still hasn’t been told.”

“It’s almost like they’re addicted to losing,” he said. “It’s not like (MyOhioNow) lost 51 (percent) to 49. They got killed. They got destroyed.”

Walgate said he thinks legislators wouldn’t tempt the wrath of voters by putting a casino issue on the ballot.

Too poor to push

Casinos also may not provide the big payout in jobs and tax dollars cited by their proponents, Walgate said, pointing to reports that spending is down at casinos in Las Vegas and Atlantic City, N.J., and money is hard to find for new projects.

Times are tough for Ohio’s horse-racing industry, too, said Charles Ruma, owner of Beulah Park in Grove City. The tracks have been hurt so badly by the addition of casino gaming at tracks in bordering states that it is unlikely they could mount the resources for a statewide casino campaign next year, he said.

Ruma and other track owners led the Learn and Earn campaign in 2006 that would have allowed their facilities to operate slot machines in exchange for money for higher education. It was rejected by 57 percent of voters.

Ruma said he opposed the MyOhioNow ballot issue, calling it the worst casino proposal he’d seen for any state. But he thinks Ohio could cash in on casino revenue if the right proposal can be put together.