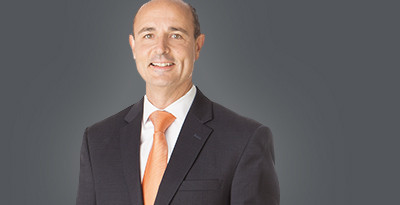 “Our firm has long been committed to the issue of equal pay, and we look forward to working with the First Lady and the Mayor on this issue,” says Weber. “The movement behind The Columbus Commitment shows why Columbus is fast becoming a premiere city and coincides with the efforts of Kegler Brown’s Women Lawyers’ Initiative.”

According to the Columbus Women’s Commission website, the national average for earnings by women working full time is 80 cents to every dollar earned by a man. However, women in Columbus earn 78 cents, with the gap growing larger when race is taken into account.

Furthermore, in Central Ohio, one in four women are economically insecure, despite women participating in the workforce at a rate of 63% while making up just over 50% of the area’s population.

The Columbus Commitment seeks the involvement of local employers to understand what’s driving these disparities and make progress towards 100% pay equity.

“I am proud to be involved in local efforts like The Columbus Commitment and the Columbus Women’s Commission that aim to make positive change in the community,” Vinita said. “Change is brought about by consciously addressing needs, and equality in pay can cause many positive changes – security, independence, the ability to support one’s family, to name a few.”

More information on The Columbus Commitment: Achieving Pay Equity is available on their website.

Kegler Brown maintains an internal Diversity + Inclusion Committee to formalize and further our commitment to achieving racial and gender diversity at all levels of our organization. Pay disparity becomes amplified when it comes to minority men and women, so joining The Columbus Commitment was a priority for the committee as part of its advocacy for pay equity and identifying strategies to achieve pay equity for all members of the firm.

Because of our commitment to addressing and finding creative solutions to challenges that disproportionately affect women in the workplace, Kegler Brown established our Women Lawyers’ Initiative in 2000 with the goal of empowering female attorneys in every aspect of their lives, from professional development and client advocacy to mentoring and personal growth. Now, almost two decades later, we’re proud of the leadership roles our attorneys have taken in the firm and the community. Wherever you look, you will find the women of Kegler Brown raising the bar in the courtroom, the board room and their neighborhoods.