Kegler Brown was part of the team in 1993 that drafted ORC 5540 and facilitated the first-ever Transportation Improvement District (TID) in Ohio. Beginning with our role as counsel to that TID in Butler County, Kegler Brown’s lawyers have been on the leading edge of TID projects across the state ever since. We have served as project counsel on more TID improvements than any other law firm in the state and have developed efficient, innovative and programmatic approaches to advancing TID projects.

We currently act as general counsel to the Butler, Clermont, Fairfield, Franklin, Hamilton, Licking, Lucas, and Warren County TIDs; and we have also served as counsel to or consulted with TIDs in Belmont, Columbiana, Lorain, Montgomery, Stark, Medina, Muskingum and Lawrence counties. Some highlights from the TIDs we are currently counsel to include: 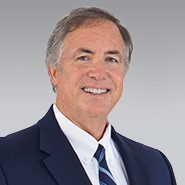