For several weeks, borrowers have been waiting with great anticipation for further guidance with respect to the most groundbreaking aspect of the PPP loans: forgiveness. Earlier this week, the SBA, in conjunction with the Treasury, finally released the application form to be used by borrowers seeking forgiveness. In short, the Forgiveness Application does three things that almost all guidance has done since the genesis of the PPP: 1) it differs in some ways from the CARES Act and subsequent guidance, 2) it clarifies some important issues, and 3) it creates more questions.

Cash OR Accrual Basis is Permitted.
There have been many questions as to whether costs must be paid on a cash basis or an accrual basis. The Forgiveness Application permits payment of payroll costs either when they are incurred or actually earned. These payroll costs are considered paid when paychecks are distributed or the borrower originates ACH credit transactions; and they are incurred on the day the employee’s pay is earned. Non-payroll costs must be paid during the Covered Period or incurred during the Covered Period and paid on or before the next regular billing date, even if the billing date is after the Covered Period.

Mortgage Interest.
Business mortgage interest payments for real and personal property are eligible for forgiveness. However, pre-payment and payment of principal are not eligible.

Caps for Owner-Employees, Self-Employed, or General Partners.
Any amounts paid to these individuals are capped at the lower of either $15,385 or the 8-week equivalent of their applicable compensation in 2019.

All Employees Must be Reported.
Borrowers must provide a list of every employee and the last 4 digits of their social security numbers.

Determining FTEs.
The calculation of FTEs over a borrower’s Covered Period and their chosen historical period is based on 40 hours per week. Importantly, borrowers may count all part-time employees as 0.5 FTEs. Unlike previous FTE calculations, this means that any employee, even those working less than 20 hours per week, will count as 0.5 FTEs. This is a borrower-friendly development that should be helpful in reconciling FTEs over the Covered Period v. FTEs over the borrower’s historical period.

What is Still Unclear?

Requirement to Spend 75% of the Loan Amount on Payroll Costs.
Interim Final Rule 1 requires that, regardless of forgiveness, a borrower must use 75% of the loan proceeds for payroll costs. However, there has been pressure to ease this requirement due to the reality that many borrowers have been subject to government-mandated lockdowns during a large portion of their Covered Periods. The jury still seems to be out on this issue.

Finally, the Forgiveness Application does include this important certification: “I understand that if the funds were knowingly used for unauthorized purposes, the federal government may pursue recovery of loan amounts and/or civil or criminal fraud charges.” If the interpretation of Interim Final Rule 1 still stands, then a borrower could be subject to penalties in the event 75% of the loan proceeds are not used for payroll costs because this could be found to be an unauthorized use.

When Can the Funds be Used?
As a follow-up to the previous issue, many borrowers are wondering if they can use the funds after the Covered Period and simply roll over any amounts not used during their Covered Period into a loan. Flexibility over when the funds may be used would help borrowers meet the requirement to spend 75% of the PPP on payroll costs. Section 1102 of the CARES Act requires that the funds be used during the Covered Period. Importantly, the term “covered period” in Section 1102 means the period beginning on February 15 and ending on June 30, 2020. Therefore, by the language of the CARES Act, it seems that funds would have to be spent by June 30 at the latest. We are hoping to hear more on this. But for now, it is still unclear if borrowers may use the funds beyond their Covered Period or after June 30.

Bonuses.
In light of the two previous open issues, many borrowers have sought to give bonuses to their employees. There is not an explicit authorization of bonuses in the CARES Act or subsequent guidance. However, payroll costs consist of compensation to employees in the form of salary, wages, commissions, or similar compensation. This, in addition to language in Interim Final Rule 1 that states that the “overarching goal [of the PPP is] keeping workers paid and employed,” seems to support bonuses to employees. Keep in mind that any such bonuses would be subject to the $100,000 annualized cap.

Cody Myers is a business lawyer with Kegler Brown, working with clients on their funding strategies during the pandemic, including optimizing PPP and SBA EIDL funds and pursuing forgiveness. He can be reached directly at [email protected] or (614) 462-5495. 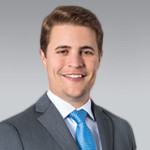