The Franklin County Court of Common Pleas: A Year in Review

The Ohio Supreme Court implemented commercial dockets in four common pleas courts in Ohio - Franklin, Cuyahoga, Lucas and Hamilton counties. The Franklin County Commercial Docket has been up and running since January 2009. We had the opportunity to talk with the Honorable John Bessey and the Honorable Richard Frye, our commercial docket judges, to discuss their experiences with this pilot project, and how the bar can make the most of the specialized docket.

As of late 2009, the commercial docket had approximately 160 pending cases. This figure did not reflect a number of cases which had already been terminated. The Temporary Rules of Superintendence governing the commercial dockets list 16 specific categories of cases that qualify for the docket. Judges Bessey and Frye estimate that approximately one-half of the cases on the Franklin County Commercial Docket involve claims for injunctive relief, many of which involve covenants not to compete and violations of trade secrets. Another significant number of cases include requests for appointment of receiverships. Injunctions and receiverships tend to be "front loaded" cases which require more involvement from the Court during the initial stages of litigation.

Judge Bessey indicated that facing similar issues on a regular basis has "been a very effective learning process." This meets one of the purposes of the pilot project. The specialized court was designed to have common commercial issues come before the commercial docket judges in order to provide greater uniformity of decisions. Also, the system is intended to accelerate the commercial cases. The Temporary Rules provide that commercial docket judges shall decide motions within sixty days of filing of the motion. In some cases, lawyers have granted each other extensions that limit the time the court has to issue rulings, so practically speaking the judges miss the timeframe set forth in the Temporary Rules. Even so, Judge Frye explained that "there is no question that we're going faster - the cases are being accelerated." In an effort to advance commercial cases, the judges are holding status conferences to resolve discovery disputes and sometimes rule from the bench after oral hearings with written decisions to follow. For very significant matters, the judges encourage the bar to consider requesting a status conference or an oral hearing to expedite decisions.

Both staff attorneys reported that they field more telephone calls related to commercial docket cases than for other civil cases. Many calls are related to scheduling discovery or similar disputes arising from the "fast track" process. The judges encourage attorneys to coordinate as many issues with each other as possible before calling the Court, in order to make the best use of the Court's limited resources, especially because so many cases involve claims for injunctive relief or other matters raising scheduling issues.

Another feature of this pilot project is that trial lawyers will be asked to evaluate the Court. Judge Bessey said that questionnaires are being finalized by the Ohio Supreme Court Task Force on the Commercial Docket. In the meantime, Judges Bessey and Frye both encourage lawyers to suggest practical improvements.

Judge Bessey is co-chair of the Ohio Supreme Court's Task Force and he added that lawyers' comments "will really help us" assess the ultimate success of the commercial docket pilot project.

Select decisions from all of the commercial dockets in Ohio can be viewed at the Ohio Supreme Court's website, under the reference to the Task Force on Commercial Dockets at www.supremecourt.ohio.gov. Although not yet indexed, that is another change which has already been proposed to familiarize lawyers with decisions by specific commercial docket judges.

The Franklin County Commercial Docket is on its way towards meeting the goals of the Task Force. 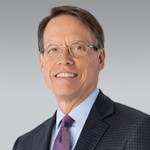 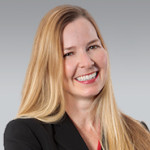