On December 29, 2022, while most of us had cramps from fingers being crossed for an unlikely OSU win over Georgia, the fingers of the justices at the Ohio Supreme Court were putting the finishing touches on the Court’s well-reasoned decision in Ohio Power Co. v. Burns, et al.

In Ohio Power Co. v. Burns, the Court succinctly and directly provides appropriating entities like Ohio Power Company (i.e., AEP) and other utilities with direction regarding the efforts they need to take should they wish to acquire property from unwilling landowners along their new or enhanced rights of way. Before Burns, the record in the case indicates that such entities took an arguably cavalier approach with regard to the detail they and their governing boards needed to take as they analyzed property required for their quasi-public use. Before Burns, the record reflects these entities rarely delved into the details of the individual landowner property rights being taken. Rather, they approve these takings as part of a larger “project” and not for the rights being acquired property-by-property along potentially miles of new utility line rights of way. This overall project approval was used to provide the “necessity” element for an appropriation proceeding under Ohio law.

One could see the pragmatic approach to such action. If the same property right is being acquired for 10 miles on 200 different property owners, why would these entities need to delve into each landowner’s rights being impacted? The Supreme Court provided the answer in the Burns decision and indicated that such private property rights are inviolate to the individual property owner and not subject to any deference to the convenience or authority of the appropriating entity. Thus, should these private property rights be impacted and “taken” in an appropriation proceeding, to establish the statutory requirement of necessity for the land or property right being acquired, the appropriating entity must specifically and with some effort review those rights being taken and justify why they must be acquired through the process of an eminent domain proceeding.

The decision is a must-read for anyone interested in eminent domain law in Ohio. It shows the Court’s serious approach to this constitutional right, as well as its pragmatic approach to the codified process found in detail under Chapter 163 of the Ohio Revised Code. As a practitioner in eminent domain law, I have found Chapter 163 straight-forward and am always impressed by those attorneys who are able to find nuances in the law or flaws in the processes used by appropriating entities. The Court agreed in large part with the defendants’ counsel in these proceedings, recognizing that (at least in these cases) the appropriating entity needed to do better if it wanted to take advantage of the deference that is offered under Chapter 163. That did not win the day, nor any attorney fees, but the effort of these attorneys provided a win for landowners in that they reinforced the requirement that entities like AEP need to make extra efforts if they intend to use the power of eminent domain to take private property.

In Ohio Power Co. v. Burns, the landowners won a victory in principle, but the Court also provided a win for appropriating entities that seek to continue negotiations even into trial with landowners with regard to the property being taken. This rational decision will not be the final word in eminent domain law in Ohio, but it provided some welcome clarity to all of us who seek to balance the needs of the public or quasi-public appropriating authority with rights of the individual landowners. 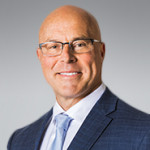