This past January, Governor Kasich signed House Bill 432, which became effective on April 6, 2017. This legislation is an omnibus probate bill containing revisions and enactments of laws governing estate and trust administration matters.

Of particular interest is the late inclusion of language adopting the Revised Uniform Fiduciary Access to Digital Assets Act (Chapter 2137 of the Revised Code), as well as related revisions updating the Ohio Power of Attorney Act.

Most wills and trusts now contain specific provisions dealing with digital assets and a fiduciary’s ability to navigate the myriad of federal laws governing privacy considerations. However, until now, Ohio has not had legislation addressing the ability of a fiduciary to access digital assets on behalf of the owner of those assets who has become incapacitated.

Section 1337.571 of the Revised Code now permits the owner of digital assets to authorize another to serve as his or her fiduciary to manage such digital assets. This authority can be granted by a power of attorney. Such documents can authorize the agent1 to:

Should someone want their power of attorney to have access to digital accounts in the event of incapacity, a grant of powers should be specifically authorized in the power of attorney document. Best practices would include use of the revised General Durable Power of Attorney form set forth in Section 1337.60 of the Revised Code. The new form incorporates an express reference to the grant of the new digital asset power. In addition, if the principal wishes the agent to have access to the content of electronic communications (not just a catalogue of emails sent and received), an affirmative statement should be initialed authorizing the providers of electronic communications to disclose to the agent the actual substance of electronic communications sent and received.

Both the risks and benefits of authorizing access to digital assets and the content of electronic communications should be considered. The attorneys at Kegler Brown Hill + Ritter are prepared to discuss this and other matters in conjunction with developing a flexible estate plan that helps you meet your goals and objectives. 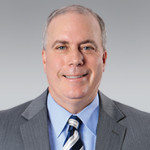