Not the Same Old Song: Trademarks after Matal v. Tam

2017 was quite a year for trademark law. This past summer the United States Supreme Court issued its highly anticipated decision in Matal v. Tam (aka Lee v. Tam, or The Slants case), holding that the disparagement clause of the Lanham Act violated First Amendment freedom of speech. This ruling not only decided the fate of the embattled Washington Redskins, but other trademarks deemed disparaging left in limbo by the Commissioner of Trademarks.

A quick recap of The Slants’ cross-country tour to the Supreme Court: An Asian-American band from Portland, Oregon, The Slants sought federal registration for their name in 2011. However, the USPTO rejected the trademark as a violation of 2(a) of the Lanham Act, which prohibits registration of marks that consist of “matter which may disparage or falsely suggest a connection with persons, living or dead, institutions, beliefs, or national symbols, or bringing them into contempt, or disrepute.” [15 U.S.C. § 1052(a)].

Despite the band’s argument that they were “reclaiming” the term, the USPTO felt “The Slants” fell well within this prohibition. 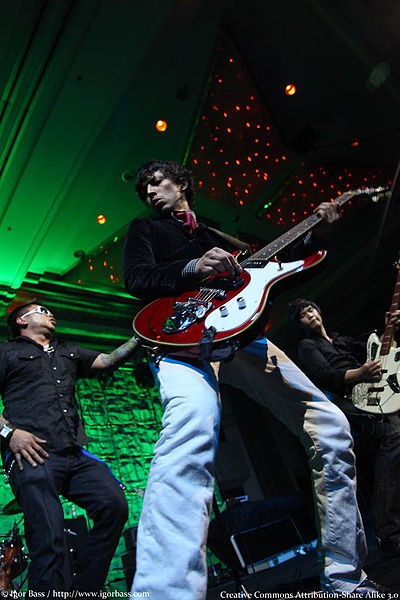 The Slants then began their road trip of administrative and judicial appeals, finally landing at the Supreme Court, which agreed with the Federal Circuit Court that the disparagement clause was facially unconstitutional, as “speech may not be banned on the ground that it expressed ideas that offend,” (137 S. Ct. 1744, 1750).

The Slants’ last tour stop was back at the USPTO, which finalized the band’s registration on November 14, 2017.

While this decision forever changed a verse of trademark law, other stanzas remain the same. Only the disparagement clause was deemed unconstitutional, which means the Lanham Act still prohibits registration of trademarks that are considered scandalous, immoral, or deceptive.

It is quite conceivable that this tenet of the Lanham Act may change in the foreseeable future, leaving only deceptive marks as prohibited. In December, the Federal Circuit decided that, in light of Tam, the Lanham Act’s prohibition on scandalous and immoral marks is also an unconstitutional restriction of free speech (In Re: Brunetti). If the Supreme Court agrees to hear this case, it may again sing the same tune as the Federal Circuit.

While this is mere speculation at this juncture, there is a chorus in all this that is steadfast and true. The public can be an exacting audience. Using terms considered disparaging may create a negative effect on your mark, even amongst the group that intends to “reclaim” the term. Creating a disparaging mark for whatever reason increases your business risk – make sure you are fully aware of that risk and plan ways to mitigate it, if possible.