Non-compete agreements: How to create a defensible contract that protects your company

More companies are using non-competition agreements as a means of protecting business interests when employees leave.

“Historically, the agreements in the employment context were narrowly focused on people exposed to technological secrets, or very high-level executives. It’s become more common to have contracts with employees who aren’t in the control group, such as salespeople,” says Robert Cohen, a director at Kegler, Brown, Hill + Ritter.

However, there are legal problems that arise, and courts have held that non-competition restrictions must be reasonable and exist for the purpose of protecting the business by ensuring fair competition.

Smart Business spoke with Cohen about when non-competition agreements make sense and what to incorporate in the language to avoid legal complications.

When are non-competition agreements being used in the employment context?

One example is an agreement that is used to protect confidential information in the employment context and prevent certain post-employment competition. Such an agreement typically spells-out that the employee will be exposed to confidential, proprietary information, and he or she agrees to only use that information to the benefit of the company. These restrictions are typically accompanied by a more direct restriction in the form of a non-competition covenant stating that the person cannot work in the industry for one year, or within a certain geographic radius of their work location, or that he or she cannot perform certain services for the employer’s clients.

How restrictive can companies be?

The general answer, based on Ohio Supreme Court decisions, is that agreements are enforced only if they are reasonable. Obviously the concept of reasonableness is a very general one. A test of reasonableness takes into consideration several factors, including:

These factors don’t serve as a checklist, they don’t apply in all cases and they are not weighted equally. The overriding law is that non-competition restrictions are enforceable so long as they preclude unfair competition, but are not acceptable if they are being used to eliminate ordinary competition.

Court decisions vary regarding what is reasonable. There are decisions upholding competitive employment and customer restrictions for time periods of six months to five years. But there are also court decisions holding that restrictions of this same time range are not reasonable on the facts of particular cases. Ohio law also allows the court to shorten the time period set forth in the non-competition restriction to one the court believes is more reasonable.

What is your advice as to whether companies should have non-competition agreements?

Focus on whether either of the following is occurring in the particular business:

In those cases, the company has an interest in protecting its investment from being misappropriated to the competition.

If you’re going to have a non-competition agreement, include a question on the employment application asking if the person is willing to enter into such an agreement. This allows potential employees to consider the restrictions before committing to the employment relationship.

Narrowly tailor the agreement to protect your legitimate business interests. For example, geographic restrictions should be limited to your market area, or in some cases to the particular area where the employee functions 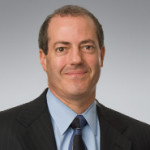