MDUs vs. The FCC: Exclusivity + Service Agreements with Cable and Internet Providers

Arrangements between owners of multiple dwelling units (“MDUs”) and cable and internet service providers have long been a target of regulatory action by the Federal Communications Commission (“FCC”). This bulletin highlights and summarizes key takeaways from various FCC decisions of which you, as an owner of MDUs, should be aware prior to entering into any such arrangements.

Exclusivity arrangements between owners of MDUs and video and/or internet service providers can be advantageous (and lucrative) for both parties. Lobbying efforts by various interest groups in recent years have exposed these arrangements to FCC scrutiny, raising questions as to their legality under federal communications laws. Federal law prohibits cable and internet service providers from engaging in “unreasonable” acts or practices that, among other things, significantly deter or hinder competition from alternative service providers.1 Pursuant to congressional mandate, the FCC is the entity responsible for prescribing regulations that specify the particular conduct that constitutes such prohibited acts or practices.

In exclusive service or “access” agreements, an owner of an MDU grants one cable provider exclusive access for the provision of cable services to the MDU’s residents. In 2007, the FCC officially declared it unlawful under Section 628 of the Communications Act for a cable provider and an owner of an MDU to enter into any such arrangements.2 A few months later, in early 2008, the FCC declared it unlawful under Section 201(b) of the Act for certain providers, including broadband internet providers, to enter into such agreements with owners of MDUs.3 The FCC reasoned in both Orders that exclusive service arrangements cause significant harm to competition and consumers—a harm that far outweighs any potential benefit to consumers.

Notably, the FCC’s decisions do not affect your rights under relevant state law as a private property owner to deny a particular provider the right to access your property for the provision of cable or internet service. However, it is important to keep in mind that several states, including Ohio, have enacted mandatory access laws that grant utility providers certain rights to enter private property without the property owner’s permission.4 Thus, the extent to which you are able to deny cable and internet service providers access to your property, depends upon the state in which the particular MDU is located.

Shortly after the FCC’s decision to prohibit exclusive access arrangements, the FCC began its inquiry into exclusive marketing and bulk billing arrangements. Exclusive marketing agreements between cable and internet service providers and owners of MDUs afford the provider the exclusive right to market its services to the MDU’s residents. Typical marketing strategies borne out of such arrangements include advertisements in the MDU’s common areas, the placement of brochures under residents’ doors, and the inclusion of a provider’s brand on the MDU’s website. In a bulk billing arrangement, an owner of an MDU permits a cable or internet provider to provide service to all residents of the MDU in exchange for a significantly discounted charge. Bulk billing arrangements provide an opportunity for MDU owners to attract residents by offering cable or internet service at a rate significantly lower than retail.

In 2010, the FCC issued an Order in which it considered whether to adopt rules prohibiting exclusive marketing and bulk billing arrangements between video service providers and owners of MDUs. Ultimately, the FCC declined to adopt rules prohibiting these practices. Although the FCC sought comment in 2017 on whether it should revisit its 2010 decision (and whether it should consider extending any resulting prohibition to arrangements between MDU owners and internet service providers), no further action has been taken with regard to these arrangements. As the regulatory landscape currently stands, exclusive marketing and bulk billing arrangements with both cable providers and internet providers remain compliant with federal law.

Disposition of Internal Wiring upon Termination of Service

Outfitting an MDU with the appropriate equipment and wiring for the provision of cable and internet service is an expensive endeavor – one for which owners of MDUs do not desire to pay more than once. A common concern that arises for owners of MDUs in considering a service agreement with a cable or internet provider is whether, at the termination of the agreement, it is possible for an alternative service provider to use the equipment and wiring installed by the incumbent provider to continue the provision of service to the MDU’s residents at minimal inconvenience and cost.

The FCC addressed this concern with regards to the provision of cable service, in a series of Orders and Notices issued throughout the mid-to-late 1990s.5 In these Orders and Notices, the FCC developed specific procedures for the disposition of internal cable wiring upon termination of an incumbent provider’s cable services to residents of MDUs. Identifying whether and how the FCC’s procedures apply in any given circumstance depends upon a variety of factors including, but not limited to, the service agreement between the parties; the cable configuration of the particular MDU (i.e., loop-through or non-loop-through wiring);6 the segment of internal cable wiring at issue (i.e., home wiring vs. home run wiring); and whether the MDU owner is terminating the incumbent provider’s access to the entire building as opposed to just a particular set of units.

The FCC has not taken action with regards to the disposition of any internal wiring devoted solely to the provision of internet services.

Whether you should negotiate for ownership of internal wiring upon its installation or for alternate disposition procedures of such wiring upon termination of service is highly dependent on the specific facts of your particular arrangement and the estimated costs associated with replacing any particular internal wiring if the incumbent provider ends up removing it upon termination of its cable services. In considering these factors, keep in mind that alternative service cable providers are able to connect to preexisting cable home wiring (the wiring within the premises of a particular unit that extends to a point about twelve inches outside of the unit) to provide individual units with cable service.

If the FCC’s procedures do apply to your arrangement with an incumbent cable provider and you wish to invoke these procedures for the disposition of cable home run wiring (the wiring from the junction box to about twelve inches outside of a particular unit) upon terminating the incumbent provider’s cable services, be aware that is your responsibility to deliver notice of such intent to the incumbent provider shortly before the provider’s right to remain on the premises or maintain wiring to a specific unit will be revoked. The timing and substance of your notice is dictated by whether you are terminating the incumbent provider’s right to provide service to the whole building or only to a particular unit (or set of units). It is crucial to consult with legal counsel to ensure you are following the appropriate procedures.

[1] Section 628(b) of the Communications Act of 1934 prohibits cable providers from “engag[ing] in unfair methods of competition or unfair or deceptive acts or practices, the purpose or effect of which is to hinder significantly or to prevent any” alternative video service provider “from providing satellite cable programming or satellite broadcast programming to subscribers or consumers.” Section 201(b) of the Communications Act, as amended by the Telecommunications Act of 1996, requires the practices of common carriers “engaged in interstate or foreign communication by wire or radio” (including internet service providers) to be “just and reasonable.” 47 U.S.C. § 201(b); see also 47 U.S.C. § 153(11) (defining “common carrier”).

In the more common non-loop-through wiring configuration, a cable provider installs a “feeder line” or “riser cable” that runs between the floors and serves as the source of the signals that deliver video programming to residents of the MDU. Each tenant has a dedicated line referred to as a “drop” that runs from the riser cable to his or her unit. The cable provider installs a passive device called a “tap” at the point where the drop meets the riser cable that functions to distribute portions of the signal strength to the individual tenant. The installation of amplifiers is often needed to maintain signal strength, as signal strength decreases with the installation of each additional tap.

[8] Upon receiving notice from an owner of an MDU that its cable services and corresponding access to the MDU building (or to particular units) will be terminated, an incumbent provider is required to notify the owner of the MDU whether the provider is electing to: (1) remove the wiring, (2) abandon the wiring without disabling it, or (3) sell the wiring (including passive devices such as splitters) to the MDU owner (or an alternative service provider) at a price negotiated between the parties. See 47 C.F.R. § 76.804. 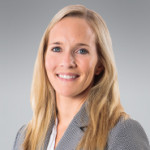