How Creditors Can Protect their Rights against Bad Faith Bankruptcy Filers

You may have heard about the Long Island man who dodged eviction for 20 years by filing seven bankruptcies to prevent foreclosure and eviction from his home. Recently, the Sixth Circuit faced the question of a repeat bankruptcy filer’s right to dismiss his bankruptcy case, which he filed on the eve of a foreclosure sale. In this case, the Sixth Circuit determined that debtors have the right to file a Chapter 13 bankruptcy and dismiss the case shortly afterward—even if they have done so repeatedly and in bad faith on the eve of a foreclosure sale.

The opinion creates a “circuit split” and poses an important question: what can creditors do to bolster their collection efforts and mitigate losses under such challenging circumstances?

Smith involved a debtor who defaulted on his home mortgage. On the eve of a foreclosure sale in 2007, Smith filed a petition for bankruptcy relief under Chapter 13. The foreclosure sale was canceled, and the bankruptcy case was dismissed a few days later. Smith used the same tactic again in 2017 and 2019, each time halting pending sales with a Chapter 13 bankruptcy filing only to dismiss the case shortly after.

The Sixth Circuit ruled that it was, creating a “circuit split” with the Fifth and Ninth Circuits. The outcome turned on 11 U.S.C. § 1307(b), which provides that, if a Chapter 13 case has not been previously converted from chapter 7, 11, or 12, then “ [o]n request of the debtor at any time...the court shall dismiss a case under this chapter .” Looking at the plain language of the statute, the court concluded that dismissal is mandatory given the use of the word “shall.” Because of the mandatory dismissal language in § 1307(b), debtors have long been able to repeatedly file Chapter 13 petitions on the eve of foreclosure to hold onto real property for years, despite not paying their mortgage.

On the other side of the split, the Fifth and Ninth Circuits hold that bankruptcy courts have the discretion to deny dismissal of a Chapter 13 case if the petition was filed in bad faith. These circuits rely principally upon a bankruptcy court’s equitable powers to take any action “ to prevent an abuse of process. ” 11 U.S.C. § 105(a).

Rather than using “equitable powers,” the Sixth Circuit followed the mandate that a case “shall” be dismissed and instructed the bankruptcy court to dismiss (again) Smith’s most recent bankruptcy. The decision sent the lender back to square one after three canceled foreclosure sales and two years of litigation.

What Could a Lender Do to Bolster Collection Efforts and Mitigate Losses?

Despite the debtor-friendly ruling, the bankruptcy case has now been dismissed and the automatic stay has therefore been dissolved. Under these circumstances, a lender could go back to the state court to seek reinstatement of the foreclosure sale—although the debtor could simply file another bankruptcy to prevent the sale.

If that occurs again, a lender may have the option to move for sanctions against the debtor for filing the bankruptcy in bad faith. Alternatively, the lender could seek to protect its in rem rights to minimize the impact of a future bankruptcy filing. Doing so can significantly improve a secured creditor’s chances of completing a foreclosure sale and collecting upon the debt owed.

Matt Zofchak and Maria Guthrie are creditors’ rights attorneys and litigators at Kegler Brown, working with credit unions, banks, and other lenders to assert and protect their rights in collection and foreclosure matters. Matt can be reached directly by phone at (614) 462-5484 or via e-mail at [email protected]. Maria can be reached by phone at (614) 462-5437 or [email protected]. 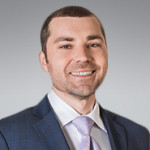 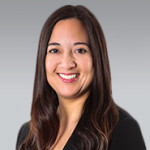