On October 13, 2020, Governor DeWine signed two bills, House Bill 669 and House Bill 160, into law that made significant changes to Ohio’s liquor laws. These changes make it easier for customers to enjoy the full restaurant experience from the comfort of their homes, while restaurants now have more diversity in their take-out menus and flexibility in serving drinks outside.

Both bills contained an emergency clause, which means the changes became effective upon the governor’s signature. Below is a brief discussion of the most significant changes found in each bill.

Take-out Beverages
House Bill 669’s most important change is codifying the emergency rule authorizing permit holders to make and sell take-out alcoholic beverages. There are some limitations to this authorization, however:

Automatic Expansion of Sales Area
House Bill 669 also automatically expands the area in which a permit holder is licensed to sell beverages. Permit holders can now sell outside their own property, including in their parking lots, even if they were not authorized to do so before. However the following guidelines must be met:

These new rules are effective immediately, but they are only valid through December 31, 2022, absent additional legislation or rulemaking.

Any area in which customers will be allowed to drink must be clearly marked. Additionally, these rules will also expire as of December 31, 2022, absent additional action.

This bill also increases the number of 750ml liquor bottles that a micro-distillery may sell to a customer per day from two to four.

Other changes were made by House Bill 160, but none that are relevant to restaurant and bar operators or that were already discussed above.

Attorney Robert Dove works closely with bars, restaurants, and other consumer-focused businesses in leveraging and protecting their liquor permits. Erica Kaple is a recent law school graduate currently serving as a law clerk and contributing to the firm’s real estate and liquor practice areas.

Both are key members of the firm’s Ohio Restaurant Association legal team, providing counsel to clients throughout the hospitality industry supply chain. 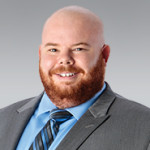 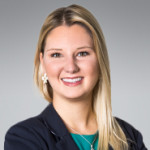