Anticipated to be effective on September 8, 2017, the Ohio Medical Marijuana Control Program sets forth the rules that clearly identify the shapes and forms medical marijuana will be allowed to take, as well as the methods by which patients can ingest or apply such forms. The allowed forms closely adhere to the program’s medical intentions, resembling other pharmaceutical delivery systems, and do not include commonly depicted methods of recreational consumption, such as smoking. Those interested in applying for a processor and/or dispensary license should confirm their compliance on a state-to-state basis, due to the variations of each state’s medical marijuana program.

The approved forms and methods of medical marijuana administration are:

There are also certain limitations that apply to vaporizing devices:

If the above list seems limited, forms or methods of administration can be added by submitting a petition in accordance with ORC section 3796.061 to the state board of pharmacy. However, the board shall only be required to consider the following when looking at such petition:

Along with rules that prohibit products from being shaped like cartoon characters or animals, these restrictions on form are intended to avoid attracting children and to establish strong differences from, and avoid any confusion with, recreational use. As the Medical Marijuana Control Program continues to establish itself, we will update you on future rule changes or new filings. 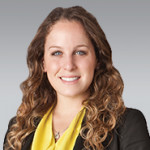