Yesterday, the Supreme Court of the United States issued a decision in a landmark civil rights case concerning protections for LGBTQ employees. The Court held that Title VII’s prohibition against discrimination on the basis of sex includes discrimination based on sexual orientation and/or gender identity. This position is consistent with the view advocated for and adopted by the Equal Employment Opportunity Commission (EEOC) in its interpretation of Title VII and against the Trump administration, which had filed an amicus brief arguing that Title VII did not cover sexual orientation.

The Effect on Ohio Employers

The decision is important because Ohio, like 28 other states, does not currently include sexual orientation or gender identity within the scope of its anti-discrimination law (Ohio Revised Code Chapter 4112). Although some cities and counties, including Columbus and Franklin County, have enacted their own ordinances criminalizing such discrimination, never before has there been a global ban providing for civil remedies.

The new precedent broadens protections for the LGBTQ community, which were previously limited under Title VII to sex stereotypes. Now, gay and trans individuals qualify for the same protections afforded to individuals based on race, color, sex, national origin, or religion.

While the Court specifically deferred the question of religious freedom, that decision may not be far off as the Court is also considering whether to grant an exemption to employers with religious objections to the new decision.

Next Steps for Ohio Employers

With this important change comes a hefty to-do list for employers. If you have not already updated the equal employment and harassment sections of your handbook, now is the time. Employers may also want to revisit management training and discussions with employees. Increased litigation in this area is almost certain, though the form that arguments and evidence will take is more opaque. For more updates and insights, we’ll have to watch for guidance from the EEOC and federal courts as charges and claims play out, but employers should be preparing now.

We’ll discuss these and other important employment considerations at a virtual breakfast briefing once we receive EEOC guidance. Stay tuned for details and registration information. 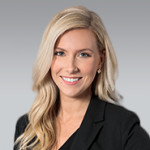