Elegant Exits: How to proactively approach the inevitable exit from your business

There’s no one-size-fits-all plan for an owner’s exit from his or her business, which means that the process of succession planning requires a good deal of consideration and contemplation on the part of the owner.

Unfortunately, running the business often takes precedence to this important planning process that most owners would rather avoid.

“Succession planning is fraught with emotional issues for business owners, particularly if they’re the founder of the business,” says Chuck Kegler, a director of Kegler, Brown, Hill & Ritter. “Very often, owners are what they do and they have trouble envisioning themselves no longer being part of the business. They know it’s something they don’t want to talk about, unless there’s a health scare or some other triggering event.”

Smart Business spoke with Kegler about why succession plans are a necessary part of owning a business.

What issues are many owners dealing with surrounding succession and exit?

Owners are reluctant to deal with succession unless they feel financially secure. Often, if it’s a family succession, their goal is to do it in a way that they think maximizes the opportunity that the business will continue to affect their retirement. National statistics show that more than two-thirds of all businesses fail in the second generation. And the reason they fail is not surprising, considering that roughly 80 to 90 percent of all new businesses fail. So it makes sense that very often the owner’s children won’t have the skills that the parents have.

If you take lifetime financial security into account, many owners don’t feel secure selling or gifting their business to the next generation, because they don’t know how to invest the sale proceeds in a way that generates the income they need to maintain their lifestyle.

That’s why owners really struggle with this process. They’re thinking they’re going to be rid of the risks of the business and retire, but then they run the numbers and they can’t maintain their lifestyle based on the results.

How does the planning process work?

Clients should start with something in writing, making a list of goals, which leads to the strategies for reaching those goals. It can take three or four meetings at times to write the goals down and fine-tune them.

Often, we share with them what other people have done in similar circumstances and have clients talk to each other, with the clients’ consent. It’s not legal advice, it’s more business advice, and it gives them a sense that they’re not alone.

What are some common exit strategies?

The typical exit strategies are 1) some combination of gifting and selling to the next generation, 2) a sale to employees or to an ESOP, or 3) a sale to a third party. A sale to a third party is not really succession, but you’re essentially saying that family is unable to run the company and it’s important to want to get the cash off the table and not have the business risk anymore. A fourth plan is: I’ll just wait until I die and let my heirs decide what to do. And that’s very often what happens. It’s more subconscious than conscious, but by not doing anything, that’s what happens.

From a succession standpoint, the most common plan we see is moving the business to the children. Owners gradually give their children some shares to incentivizes them, and they hang on to the business until they die, hoping that the children can take over. But clients need to have a clear plan on how the children are going to run it. Here, owners are worried not just about their children but all of the employees that have been with them for a long time.

There are many estate planning strategies to transfer businesses to children; the most common ones are a GRAT (grantor retained annuity trust) or an outright sale to the children. Sometimes there’s a combination of gifting and sales. But it always goes back to the goals and whether the client will be financially secure.

How can owners of family businesses develop a plan?

If a client’s estate consists primarily of the business and he or she wants one of his or her children to be in charge, the client is going to have a lot of complicated issues. The best plans are ones in which you give a separate area of responsibility to each of the children, and they get out of each other’s way. It’s not untypical to have a child who’s not great with sales or leadership in charge of the financial matters. Or another child might be in charge of a separate line of business.

We have a client who had four sons in the business. The father told his children that he needed to have one leader. He divided the company up evenly among the four sons, but gave the voting stock to one child and the other children received non-voting stock. The son with the voting stock is fair, he makes all the final decisions and he tries to engage his brothers when he can. And he’s in charge of their compensation, which gives them great incentive to work harder. 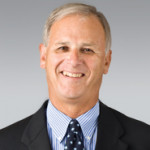