Drilling Down: The far-reaching regulation of oil and gas well operations

Much of the discussion about oil and gas production in Ohio has focused on hydraulic fracturing used to facilitate production. But fracking, as it’s often called, is only part of the process that takes the oil and gas from the ground to consumers.

“The wells are just one part of the overall industry. You can drill a well and be prepared to produce gas and natural gas liquids, but these materials have no place to go until you have a pipeline and processing facilities,” says Scott Doran, director, Kegler, Brown, Hill & Ritter Co., L.P.A.

Smart Business spoke with Doran about the various stages in the production of oil and gas, and the permits and regulations that govern them.

What permits are required for oil and gas production operations?

In addition to the drilling permits, you generally need permits for the pipelines that will take the gas from the well pad to collection and processing points. The Ohio Department of Natural Resources (ODNR) manages drilling permits; The Ohio Environmental Protection Agency (EPA) has authority to issue air permits. The Ohio EPA, the U.S. Corps of Engineers and other agencies are involved in pipeline projects. Construction of the pipeline may necessitate impacts to streams or wetlands, and you have to consider historical preservation and endangered species issues.

You have to delineate every resource along the expected path of the pipeline, which means sending engineers or field personnel to identify streams, wetlands, historic properties and potential endangered species habitats. Of course, that also involves getting easements and permission from landowners. Those field people prepare voluminous reports, and you identify the best path for the pipeline that achieves project objectives while avoiding as many resources as possible.

If a project does impact streams or wetlands, you can apply for and obtain a permit authorizing the project, but you also have to mitigate those impacts by restoring the streams or wetlands at the site or somewhere else, or buying wetlands mitigation credits. It’s expensive, but there are a number of mitigation options to compensate for these unavoidable impacts.

Why are air permits needed?

Air emission of certain natural gas occurs during the drilling process, and the U.S. EPA and Ohio EPA have established strict permitting requirements regarding how to manage emissions during and after drilling. After drilling, there are emissions associated with the transfer and storage of materials.

It used to be that companies commonly flared off excess gas — they didn’t want to or were not able to manage the gas, so they would burn it. New permit requirements are being phased in that will require the capture of that gas.

What is required regarding wastewater collected from drilling operations?

In Ohio, a regulatory decision was made that the wastewater associated with oil and gas exploration and production is to be injected into permitted disposal wells. These disposal wells are generally off-site and operated by disposal companies that collect waste from tanks at the well pad. They’re injecting the waste 10,000 feet into the ground in porous rock, where it is designed to remain.

Drillers and wastewater treatment companies are working very hard to demonstrate effective mechanisms to treat and recycle that water, because millions of gallons are used for every well and fresh water is very valuable.

Do you expect regulations to change as the industry expands its operations here?

Regulations will undoubtedly continue to evolve, but the basic structure is in place. There is every indication that companies are continuing to make substantial infrastructure investments in Ohio, and there is a regulatory program that is overarching and impacts every step of the process.

This industry is going to have an environmental impact, but it can be done in a very responsible manner. Economically, it will be a good thing for the state. There will be some trials and tribulations along the way, but overall Ohio is doing a nice job to ensure a very substantial long-term benefit while protecting environmental resources in Ohio. 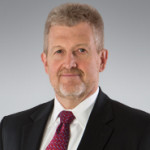