A Battle Neither Ohio State nor Michigan Wins: Ohio Minimum Wage Set to Increase in January 2015

The increased minimum wage will apply to employees of businesses with annual gross receipts of more than $297,000 per year. The increase to $8.10 will place Ohio's minimum wage level at 10th highest in the United States (tied with Michigan) behind California, Connecticut, Illinois, Massachusetts, New Jersey, Nevada (for employers with no health insurance benefit), Oregon, Vermont, Washington and the District of Columbia.

Why the annual changes?

This wage increase was not a change enacted by a majority of current members in the Ohio House or Senate and it wasn't a law that Governor John Kasich signed in the last four years (nor any other Ohio Governor in the last 20 years for that matter). It was a vote of the people nearly eight years ago. On November 7, 2006, Ohio voters passed a constitutional amendment that will increase the state minimum wage annually based on the Consumer Price Index (CPI). Thus, the state minimum wage is tied to the CPI for urban wage earners and clerical workers for the 12-month period prior to September. The Ohio Constitutional Amendment is available by clicking here.

What should employers do?

As we head into the final months of 2014 and employers begin budgeting for 2015, the wage increase should be taken into consideration for those entry level jobs. In addition, employers should review the corresponding added cost for mandatory expenses such as workers' compensation, unemployment compensation and other taxes or insurance that may be based on wages. A small amount of due diligence upfront by employers that review their wage policies could help ensure compliance with local, state and federal wage and hour laws and forego a costly wage and hour lawsuit. A final note for employers is to make sure they post the current 2015 Ohio minimum wage poster before January 1. The poster can be found by clicking here. 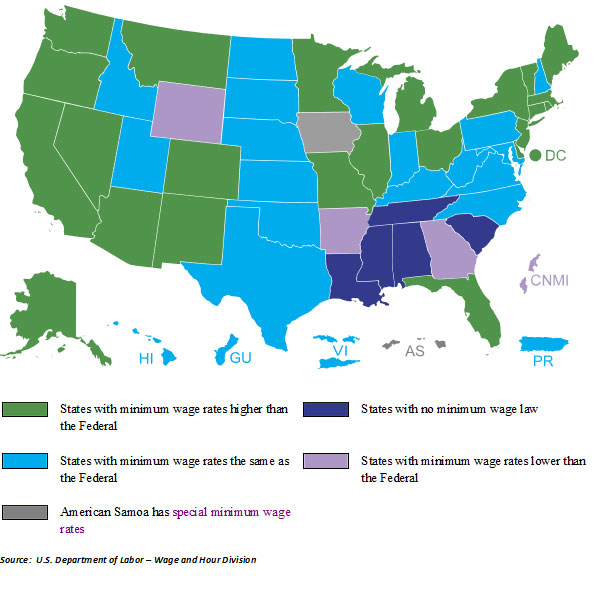