Update: On Monday, March 16, Franklin County Common Pleas Court Judge Richard A. Frye denied an attempt by Governor Mike DeWine and Secretary of State Frank LaRose to delay Ohio's primary election due to the coronavirus. But, late Monday night, Ohio Department of Health Director Dr. Amy Acton ordered the primary poll locations be shut down so that volunteer workers and voters would not be exposed to anyone who contracted the coronavirus.

Gov. DeWine and Secretary LaRose have stated they want everyone to exercise their constitutional right to vote, whether by mail or in-person, without fear of exposure. While they have recommended June 2, the Ohio General Assembly has the authority to decide when the primary will be held. The Ohio House and Senate are scheduled to return to Columbus next week to resolve the alternate primary date and discuss any additional relief for Ohio citizens and businesses due to the coronavirus.

On March 9, 2020, the Ohio Secretary of State mandated that all Ohio county boards of election relocate any polling locations currently in residential senior citizen facilities. Therefore, some polling locations have changed to help protect vulnerable populations at higher risk of contracting coronavirus. Precautionary steps are also being taken to safeguard the public. Disinfecting wipes for voting equipment, facial tissues and latex gloves, and hand sanitizer will be made available for poll workers. Informational posters and pamphlets regarding everyday preventative hygiene measures to guard against the spread of illness will also be on display. If you are not available on Tuesday, March 17 to vote, the best option is to vote early in-person at your county board of elections designated location. If you cannot vote in-person, you may still be able to request an absentee ballot, but time is running out on this option.

For many people, the 2020 election cycle is the most important in their lifetime simply because of one name on the ballot — President Donald Trump. It’s hard to remember a president who stirred as much passion among supporters and opponents.

For much of his first term, Trump has been historically unpopular, yet buoyed by fierce partisan loyalty and core supporters with an intense connection to him. His polling numbers recently have improved, although an economic downturn could evaporate those gains.

Meanwhile, the Democratic Party has seen its presidential field essentially narrow to former Vice President Joe Biden and Vermont Senator Bernie Sanders. Biden believes a campaign designed to attract moderate voters is the path to the White House, while Sanders suggests inspiring the progressive left is the best way to energize voters and take on Trump. While Presidential year primary voter turnout is historically higher coronavirus fears may drive lower participation during the March primary.

From a Buckeye State perspective, beyond the presidential race, voters will decide upon a number of candidates running for federal and state offices, potential statewide ballot initiatives, and local issues throughout our communities.

Ohioans will select U.S. Representatives in the state’s 16 Congressional Districts. All but one incumbent, Rep. Joyce Beatty (D-Columbus), will face the victor of the primary in the general election this fall. Meaning, Rep. Beatty wins the primary (which she is a favorite to do so) she will not have a Republican challenger this fall. In addition, voters will chose candidates to fill two seats on the Ohio Supreme Court.

All 99 seats in the Ohio House of Representatives are up along with 16 in the Ohio Senate. Nearly 1/5 of the Ohio House seats are considered “open” seats where no incumbent is running for re-election, so there will be a lot of new faces around the statehouse next year.

Early voting for the primary is happening now! Early voting is done at your county's board of elections or designated early voting centers during the following dates and times:

Don’t know where to go to vote in person? Contact your local county board of elections.

Monday, October 5:  Deadline for voter registration for general election. Early in person voting begins (through Monday, November 2). Don’t know where to go to vote in person?  Contact your local county board of elections.

Don’t be an apathetic voter – your vote does count, really.

We nominate presidential candidates with fewer than 47 percent of registered voters in Ohio (see Chart 1). We put them in office with approximately 72 percent or less (see Chart 2). That means approximately 1/3 of registered voters in Ohio don’t participate in presidential elections. These numbers don’t account for the thousands of Ohioans eligible to vote, but remain unregistered. 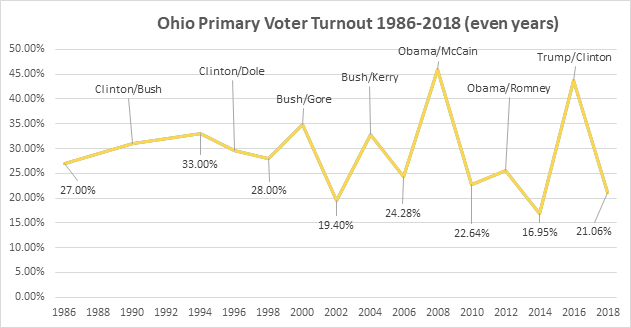 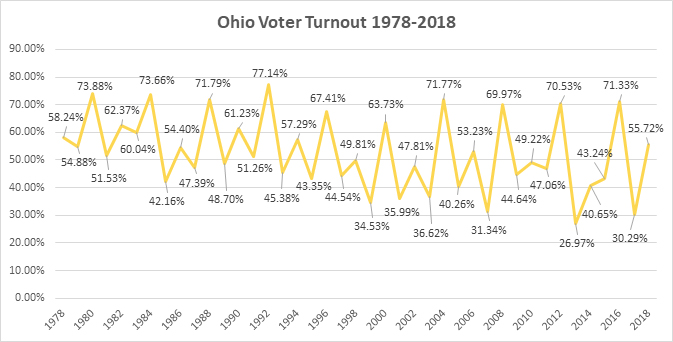 Don’t sit on the sidelines. Participate by educating yourself on the candidates and issues and cast your ballot on or before the primary and general election deadlines. You have a right to vote that is protected by the constitution, but that means nothing unless you exercise your right by casting a ballot each primary and general election. Voting is the foundation of our representative democracy and holds elected officials accountable to the people who they represent.

Be an educated voter – learn who is running and what they stand for.

As a service to our clients and the public the  Kegler Brown Hill + Ritter Government Affairs Team has compiled the following information to help you and others become educated voters. This list tells you what candidates are running and contains links to go see where candidates stand on certain issues. It is completely objective, informative, and available to you and others to make an educated decision this election season. 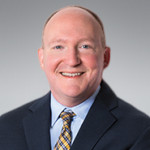