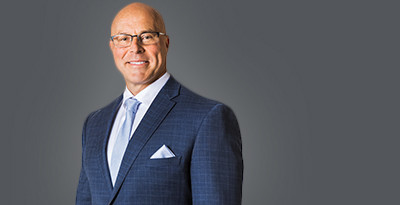 For approximately the 100th time, Ohio passed a biennial state budget. Buried in the text of the budget bill, HB110, are a plethora of changes to the Ohio Revised Code- a few are disconcerting and may be worth calling to the attention of the folks at the Statehouse.

New R.C. 9.27 (currently untitled) codifies contract provisions commonly implemented by government lawyers. Those familiar with government contracts in Ohio recognize, for example, the prohibition of adding indemnity and hold harmless clauses in agreements when selling to the government. In Ohio, these are problematic and almost without fail get struck by government reviewing attorneys. Now exclusion of such provisions are mandated by law, and if they are seen sneaking their way back into agreements with the state, the terms or conditions including them are “void ab initio.” In other words, these provisions are immediately unenforceable, although the rest of the contract should survive. See new R.C. 9.27(C).

Unfortunately, three separate parts of this new code section may do more than just void a sentence or two of an agreement generated after the law takes effect.

New 9.27(B) states that “Except as otherwise required or permitted by state or federal law, a contract entered into by the state for the procurement of goods or services shall not include any of the following:” ***

(4) A provision that requires the state to agree to limit the liability for any direct loss to the state for bodily injury, death, or damage to property of the state caused by the negligence, intentional or willful misconduct, fraudulent act, recklessness, or other tortious conduct of a person or a person's employees or agents, or a provision that would otherwise impose an indemnification obligation on the state.

(5) A provision that requires the state to be bound by a term or condition that is unknown to the state at the time of signing a contract, that is not specifically negotiated with the state, that may be unilaterally changed by the other party, or that is electronically accepted by a state employee. ***

(8) A provision for automatic renewal such that state funds are or would be obligated in subsequent fiscal years. ***

As previously noted, these formerly uncodified sections were largely followed by government lawyers as a matter of course, as they benefit the government in its contracting and protect the taxpayer. However, these new provisions are problematic for a variety of reasons, as they impact proposed law and common industry practice.

1. R.C. 9.27(B)(4) Codifies Rejecting Damage Limitation Clauses with the State

Through new R.C. 9.27(B)(4), the state intends to control contract provisions that impact limitations on the state’s ability to recover damages. Probably a good idea, but an idea that is incongruent with a proposed change to the Ohio Revised Code currently working its way through the back halls of the Statehouse. Senate Bill 56, passed by the Senate and introduced to the House on June 10th, would limit the liabilities of design professionals doing government work to the “proportionate share of [their] tortious conduct…” Thus, while new R.C. 9.27(B)(4) would invalidate contract provisions limiting liability, Senate Bill 56 proposes legislation that would, in fact, limit liability for certain design errors.

Under general interpretations of statutory construction, if SB56 gets passed in the future, a reasonable argument can be made that the General Assembly (“GA”) was aware of R.C. 9.27 and superseded it with a newer and more specific law. However, arguable interpretations do not make good law. Law that is in apparent conflict with pending law should be scrutinized, and the GA may want to take another look at (B)(4) or consider augmenting SB56 accordingly.

Section (B)(5) of R.C. 9.27 is also problematic. Starting July 1, 2021, the state will no longer be bound by a contract provision “electronically accepted by a state employee.” Perhaps this new section will protect against nefarious state employees regularly slipping in terms and conditions that harmed the state in the past, but most state contracts are approved by state employees (who else would?), and many of these approvals and changes are performed electronically.

It should come as no surprise that modifications to government contracts happen daily. Simple examples include reasonable and limited changes in cost, scope and quantity. For years, the state has been attempting to gravitate to more online e-contracting processes. The Ohio Department of Administrative Services has spent tens of millions of dollars on Ohio Buys, and part of that system will include electronic approval of the contract and electronic modifications.

There have also been efforts in this state toward accepting smart contracts and blockchain technology. Those contracts will almost certainly include electronic or even automatic acceptance. Current House Bill 177, referred to Senate Committee on May 12, 2021, proposes to create R.C. Section 9.16(B), which would allow the state to utilize distributed ledger technology, including blockchain technology, in contracting. But if a state employee cannot “electronically accept” a term or condition under new R.C. 9.27(B)(5), how can they implement a blockchain smart contract? This new section goes against modern trends in both the public and private worlds to create streamlined processes and reduce the consumption of paper. Before government processes are slowed down even further, (B)(5) is worth revisiting.

3. R.C. 9.27(B)(8) Makes Void Contract Renewal Provisions Beyond the Biennium

Lastly, Ohio has been making advancements in contracting methods, including Public Private Partnership for nearly a decade. Lease-lease back financing for public works has been a proven method of developing schools and other infrastructure for many, many years. Automatic biennial renewals are a standard part of these contracting methods. However, to comply with the Ohio Constitution, these automatic renewals must be contingent on a continuing appropriation. If a future GA does not appropriate funds, the renewal does not occur. Any other process for renewal is already prohibited by Ohio law. The language in R.C. 9.27(B)(8) is unnecessary and disrupts proven and viable project financing and delivery methods.

In April of this year, the General Assembly debated House Bill 91. That law’s intent is to make public-private partnerships available to all levels of government in this state. Seminal to these agreements is the ability of the government to commit to financing during the life of a multi-year project via mechanisms like availability payments or user fees. To be sure, most of these projects involve infrastructure, but some (e.g. design-build projects) are just as much a contract for services as a construction project. This new law is in apparent conflict with HB91 and will create perceived risks that will make financing difficult, or at least more expensive, in Ohio.

The state budget was debated and discussed for months. The new section of R.C. 9.27 was in, then it was out, and now it is in again. Although nuanced, the above concerns are significant. Prior to enactment of new R.C. 9.27, government lawyers were able to have some flexibility in their contract drafting and state employees could comfortably approve contract modifications quickly and efficiently. When doing business with mega-corporations like Amazon, Facebook and Google, the state needed to be able to negotiate certain contract provisions that corporate giants demanded. Now, will those same e-commerce giants want to do business in a state that prohibits its employees from approving a contract by email? Perhaps the honorable members of the Ohio General Assembly will reconsider new R.C. 9.27 and the constraints it places on contracting with the state. There remain opportunities with the draft bills (SB56, HB177, and HB91) to slip in “notwithstanding” catch-all phrases that can mitigate the impacts of R.C. 9.27. Although that is a bit unartful, it is important to provide some form of clarity to the government lawyers who draft billions of dollars’ worth of goods and services contracts, and the many vendors and financiers who do business with this state.