Kegler Brown is excited and proud to announce the selection of attorneys Lorraine Hernández, Jeff Nein and Michael Schottenstein as firm directors.

Hernández, a patent lawyer who was recently appointed to be co-chair of the firm’s Intellectual Property team, focuses her practice in the areas of IP litigation and prosecution in the U.S. and internationally. She has considerable experience advising clients on patent strategy, which stems from her extensive background in chemistry, having worked in the pharmaceutical industry as an analytical chemist in quality control and research and development. Lorraine was selected to the “Ohio Rising Star” list by Super Lawyers in 2018. Lorraine earned her J.D. from The Ohio State University Moritz College of Law in 2012 after receiving an M.S. in chemistry from The Ohio State University in 2006 and a B.S. in chemistry from the University of Puerto Rico in 2001.

Nein, who began his career in the firm’s summer clerkship program in 2010, also serves as co-chair of the firm’s Intellectual Property practice. In addition to his robust experience representing businesses and individuals with respect to their intellectual property issues, including licensing, protection and disputes, Jeff works with clients in the areas of general business, contract negotiation, and advertising. He earned his J.D. from the University of Cincinnati College of Law in 2012 and graduated from The Ohio State University with a B.S. in marketing and finance.

Schottenstein also began his career at Kegler Brown in 2011 as a summer associate, and has already built an extensive real estate practice, advising clients in the acquisition, development, disposition, leasing and financing of residential and commercial properties. Michael was selected to the 2017 and 2018 “Ohio Rising Star” list by Super Lawyers and was honored as one of Columbus Jewish News’s 18 “Difference Makers” in 2019. He has also become well-known in the Columbus community for his charitable work with JewishColumbus, the Columbus Jewish Community Center, the Ohio State University Hillel and Young JewishColumbus. Michael received his J.D. from The Ohio State University Moritz College of Law in 2012, having previously earned a B.A. from Syracuse University in 2008.

All three new directors were recently recognized by The Best Lawyers in America® as part of a new initiative known as “Ones to Watch,” which highlights promising young lawyers in the U.S. who have already demonstrated “excellence in the profession.” 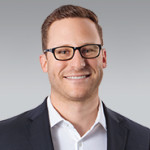