Catherine Cunningham has been appointed to the Ohio Elections Commission by Governor John Kasich.

In a press release dated August 16, 2017, Governor Kasich announced new appointments to not only the Commission, but also the Early Childhood Advisory Council and Medical Quality Foundation.

The Ohio Elections Commission describes its mission as enforcing provisions of the Ohio Revised Code related to elections and issuing Advisory Opinions from them. They also provide advice to the public on campaign finance and fair campaign practices.

With Kegler Brown since 2012, Catherine has concentrated her practice on the diverse subjects of public law, administrative law, civil litigation, and government and legislative affairs, as well as all aspects of real estate, development and redevelopment. 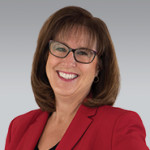