A recent visit to northeast Ohio by two Cuban trade officials highlighted potential business opportunities for Ohio businesses when the Cuban embargo is lifted. On August 27 and 28, State Representative Sean O’Brien (D-Bazetta), working with Kegler Brown Hill + Ritter, Vista Trade Group and the Youngstown Chamber of Commerce, hosted Ruben Ramos and Alina John Mayo, trade and economic development officials from the Cuban Embassy in Washington, D.C. During the two-day visit to the Warren-Youngstown area, the two officials visited a variety of area businesses and held a roundtable discussion with business representatives.

Mr. Ramos explained that, despite recent changes in U.S. policy, Cuba remains subject to a U.S. embargo prohibiting investments by U.S. companies in Cuba; similarly, the freedom of Americans to travel to Cuba is significantly curtailed. Nevertheless, as both countries move toward ending the embargo and normalizing relations it is important to understand what each nation has to offer the other. 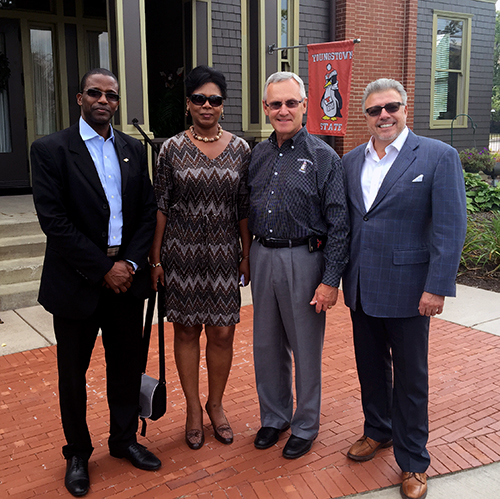 The group visited an injection molding facility belonging to Warren-based Bloom Industries, where the Cuban trade officials stated that Cuba has prioritized the need to increase its manufacturing of all types of packaging. Cuba imports virtually all of its packing and, for Cuba to decrease its reliance on imports and increase its own export capacity, it must significantly enlarge its domestic packaging industry. This means there is a need for all types of packaging for food and other products, including Cuba’s pharmaceutical and biotechnology products. Injection molding is a technology specially suited to create many types of containers and packaging.

Visits were also made to General Extrusions in Youngstown, a manufacturer of custom aluminum extrusions, and Quality Switch in Newton Falls, a manufacturer of electrical switches primarily used in large transformers. The group also visited with Tri-Tech, a manufacturer of LED tube lighting retrofit systems. These companies are of interest to Cuba because they produce stand alone or component products used in generating clean energy or which help to reduce energy consumption. Right now, more than 96 percent of all electrical energy in Cuba is generated by burning fossil fuels, primarily oil. Cuba hopes that by 2030 it can generate 24% of its energy needs from renewables, which will require significant foreign investments both in alternative energy and to modernize and increase efficiencies in the current electrical grid. 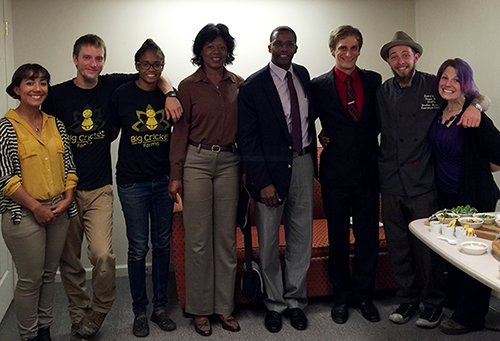 Perhaps most unique to the Cuban officials was a visit to Big Cricket Farms, a unique urban farm in Youngstown raising crickets as a sustainable protein source used in a variety of food products for human consumption. While touring Big Cricket Farms and learning about the growing cricket industry, the group sampled salted fried crickets and a variety of foods prepared by Suzie’s Dogs and Drafts, a downtown Youngstown restaurant serving crickets as part of the menu.

The two Cuban trade officials were also very impressed with their visits to the Avalon Golf and Country Club and a tour of its three facilities all closely located near each other in Warren and Vienna, Ohio, and Hermitage, Pennsylvania. Cuba expects that its tourism sector could grow by double or triple during the next few years and would like to develop six golf courses and related amenities, such as clubs and spas, as added tourist attractions. 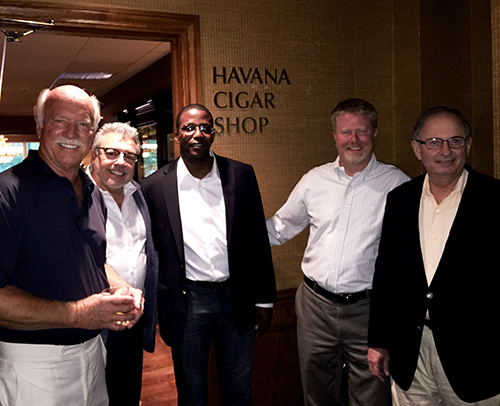 A number of the companies and their CEOs visited by the Cuban officials, as well as others, are working toward a trip to Cuba in the near future with Representative Sean O’Brien, Vista Trade Group and Kegler Brown Hill + Ritter to research Cuba’s economic needs and better understand how Cuba’s new foreign investment laws are working and expect to work in the near future.