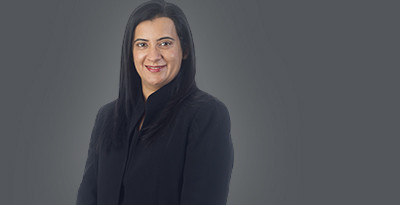 Vinita Mehra is an attorney who cares — about her clients and her community. Her professional and personal philosophy includes giving back in ways that make a meaningful difference to the local and global communities to which she dedicates her practice. Vinita is a firm believer in Gandhi’s idea of “being the change you want to see in the world.”

Vinita’s drive, integrity and creativity are consistently demonstrated by her tireless efforts on behalf of the civic and charitable organizations where she devotes her time. Nellie So, president of the Asian Pacific American Bar Association of Central Ohio, comments that Vinita is both “thoughtful and deliberate” when planning for the needs their organization. Roger Clements, president of the Asian Indian American Business Group, notes that “in an era where exceptional service and accountability has virtually disappeared, the work that Vinita has done should be an example for others.” In addition, Barb Pratzner, president of Columbus Sister Cities International, states that “because of Vinita’s involvement, we have a flourishing and growing relationship with Ahmedabad, India.”

Vinita has served in key leadership roles for various charities and charitable organizations, including as:

Through these roles, Vinita builds bridges for the creation of relationships and brings practical solutions to challenging obstacles facing nonprofits in her community.