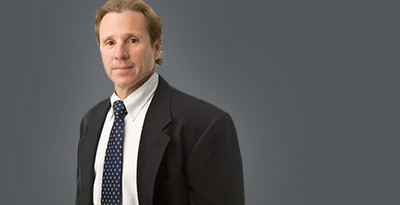 The month of July taught the public company world that the culture of extensive-and expensive-government regulation is growing stronger rather than weakening.

First, despite the hopes of many, the Sarbanes-Oxley Act of 2002 is alive and well and going to stick around. The groundbreaking legislative response to the huge accounting and financial scandals of companies such as Enron and WorldCom created regulatory and governance reforms designed to restore confidence in the public markets. However, Sarbanes has not been popular among public company officers and directors due to the extensive costs, regulatory burdens and time consumption involved.

At issue was the validity of the establishment of, and the appointment of members to, the Public Company Accounting Oversight Board (PCAOB), which is the regulatory agency created by Sarbanes to oversee the auditors of public companies. Members of the PCAOB are appointed by the U.S. Securities and Exchange Commission and can only be removed by the SEC for cause. The lawsuit claimed that this limitation on the removal of members violated the Constitution's separation of powers clause.

Many news reports about the case suggested that the validity of all of Sarbanes was at stake, because its provisions were not severable. In other words, if any element of Sarbanes were ruled unconstitutional, the entire act would thereby be deemed such.

However, the Supreme Court, while striking down a provision that prevented the SEC from removing members of the PCAOB at will, not only upheld the establishment and constitutionality of the board, but also confirmed that the "Sarbanes-Oxley Act remains ‘fully operative as a law' with these tenure restrictions excised."

Thus, the Sarbanes-Oxley Act remains intact, and this Supreme Court decision will make it very difficult to question its validity going forward.

Financial Reform
On July 22, after almost a year of deliberations, the Dodd-Frank Wall Street Reform and Consumer Protection Act took effect. While the central focus of the Dodd-Frank Act is aimed at regulating banks and other financial institutions, the act also includes corporate governance and compensation requirements affecting all public companies.

Many provisions will take months, or even years, to be implemented and are subject to final rules and regulations to be adopted by regulatory agencies such as the SEC.

Some key provisions that will affect all public companies include:

Given these recent developments, leaders of public companies in Ohio would be wise to evaluate the potential impact on their organizations and plan accordingly. While some provisions won't take effect until final rules are issued, it's never too early to get organized.