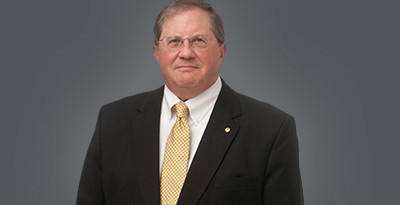 The 2012 Chambers & Partners rankings have honored Kegler, Brown, Hill + Ritter with numerous recognitions. This year, Chambers recognized Tom Hill as one of only five “Band 1” attorneys in the state of Ohio in commercial litigation and he is one of only two attorneys in Columbus.

Chambers & Partners is an independent company that awards rankings to practice areas and attorneys in Ohio, nationally and internationally. The objective process follows three steps: submissions put forward by legal practices, interviews during the course of research, and Chambers’ own database resources.

Several practice areas continue to receive honors for the publication, along with individual attorneys. Only select attorneys and practice areas are ranked in bands from 1-6, with 1 being the best. Complete rankings for Kegler Brown are outlined below (quotations used when they "sum up the prevailing opinion in the market" as offered by Chambers).

The following attorneys have received a ranking of “Band 1” by Chambers USA 2012:


Thomas W. Hill
Thomas Hill is an extremely well-respected litigator. One client commented: "He leaves nothing to chance - if you have a case you must win, he will optimize your chances, no question." His practice focuses on business and IP disputes, and he recently acted for the stockholders' representative of a corporation's former shareholders in a federal court case alleging breach of a merger agreement.

The following attorneys have received a ranking of “Band 2” by Chambers USA 2012:


Allen L. Handlan (Banking + Finance)
Allen L. Handlan heads the firm's banking and commercial lending practice. He is “good to work with” and is well respected by those who know him. His practice encompasses M&A, financing and real estate-related work.

Don Gregory
Practice head Donald Gregory "always gives you the feeling that he's looking out for you," according to clients, who add that "his approach is to get things resolved without incurring lots of costs and butting heads." Though best known for his prowess in litigation, he served as construction counsel on the redevelopment of downtown Columbus.

Chuck Kegler
Charles Kegler is a recognized expert in M+A, business and tax law. Sources attest to his “very good reputation as an adviser to small and medium-sized companies.”

Martijn Steger
Martijn Steger leads much of the firm's international work, notably advising Commercial Vehicle Group on the expansion of its operations in India, Mexico and Australia. Clients enthuse that he is “an absolute delight to work with; nothing is too big or too small for him to handle.”

Lawrence Feheley
Lawrence Feheley is chair of the labor and employee relations practice, and familiar among sources for "doing an excellent job of providing practical solutions." He acts for employers on union avoidance strategies, collective bargaining agreements and labor arbitrations.

The following attorneys have received a ranking of “Band 3” by Chambers USA 2012:


Larry J. McClatchey
Larry McClatchey chairs the firm's bankruptcy team. He is “very levelheaded and has a good sense of both the big picture and the details,” say sources.

Todd M. Kegler
The "very capable" Todd Kegler focuses on business and securities law and has played a central role in the firm's representation of CareFusion.

Allen L. Handlan (for Real Estate)
Allen Handlan runs the group from the firm's Columbus offices and is singled out for his "astute mind and get-the-deal-done mentality." He advised Donatos Pizzeria on a series of multi-facility real estate loan transactions.

The following attorneys have received a ranking of “Band 4” by Chambers USA 2012:


Steve Barsotti
Stephen Barsotti is a highly regarded corporate lawyer who is sought after by clients for his ability “to give the business options – pros and cons from which it is possible to make a business decision."

Roger P. Sugarman
Roger Sugarman handles securities, corporate and general commercial disputes, as well as matters related to D&O liability. Recent work includes his representation of the general partner of a private equity fund in a federal action for damages resulting from drawdowns made against an irrevocable standby letter of credit.

The following attorneys have received a ranking of “Up & Coming” by Chambers USA 2012:


Loriann E. Fuhrer
Loriann Fuhrer focuses on employment and complex business litigation and appeals, with particular expertise in federally assisted housing law. "In the heat of litigation, she maintains a very good sense of objectivity and a resolve to find a solution," sources note.She advised a subsidiary of the Columbus Metropolitan Housing Authority on the successful defense of a suit relating to project-based Section 8 housing contracts.

The following attorneys have received a ranking of “Attorneys to Watch” by Chambers USA 2012:


Brendan Feheley
Brendan Feheley represents managers in workers' compensation claims and also acts for employees in appearances before courts throughout Ohio. Sources identify him as a "very smart guy."

This firm is highly regarded in the Ohio corporate community, having handled a number of significant transactions both domestically and internationally. It has handled high-value divestitures for CareFusion and West Penn Foods, and has assisted in the acquisition of HLS Advantage by Cardinal Health. The firm has Ohio offices in Columbus, Cleveland and Marion. Sources say: "They are a local firm, but they have good international experience and cover a wide range of legal areas from one office."

THE FIRM This firm focuses on midmarket lending work for clients such as The Huntington National Bank, JPMorgan Chase and Fifth Third Bank. The banking and commercial finance team is spread between the firm's offices in Columbus, Cleveland and Marion. Sources say: "A responsive, transparent midmarket firm."

THE FIRM Kegler, Brown, Hill and Ritter remains well regarded for representing subcontractors, and underlined its credentials recently in advising key parties on the $1 billion OSU Project One hospital expansion. Indeed, the team counsels major trade groups such as the American Subcontractors Association, and attracts mandates to handle construction disputes and federally aided development projects. It represented the owners on $20 million of claims for defects arising from construction of the GOE Ethanol Plant.

THE FIRM This team has attracted a growing volume of traditional labor work over the last year, including successfully negotiating collective bargaining agreements for healthcare and public sector clients. Employment litigation is another of the group's core capabilities, as is providing advice on topics ranging from OSHA statutes and healthcare benefits to non-compete covenants. Sources say: "One aspect of particular note is their level of creativity. All attorneys demonstrated their creative side in approaching legal problems."

THE FIRM This Columbus firm fields a number of high-profile litigators with strength in shareholder derivative suits, class actions and financial disputes. Major corporations, public bodies and financial institutions regularly engage its lawyers to handle complex matters; its clients include Time Warner, Cardinal Health and the Columbus Metropolitan Housing Authority. The firm also has a strong construction litigation practice. Sources say: "Extremely intelligent and experienced professionals; they approach matters with a level of care and attention to detail that is very impressive."

THE FIRM This firm's real estate group advises borrowers, lenders and developers, recently including a Fortune 100 national insurance company in negotiations for the long-term ground lease of a 200,000 square feet Cincinnati office complex and associated $10 million loan. Adding weight to a client base that includes the Huntington National Bank and DBS Development are a number of restaurant groups, with the firm advising The Piada Group on the commercial leasing of Italian restaurants in Ohio. In recent times it has also been active on behalf of major housing authorities. Sources say: "Great lawyers with real business sense."