Founded in 1963 by Columbus native Jim Grote, Donatos Pizza has trusted Kegler Brown with its legal work for many years. Donatos has grown to more than 150 locations in seven states and also serves special venues, including Ohio Stadium, Huntington Park, and the Smithsonian National Air and Space Museum. With the recent launch of several growth-focused initiatives like Jane's Dough Foods, which manufactures and sells "Take & Bake" and frozen pizzas in more than 4,500 grocery and convenience stores, Donatos has been aggressively expanding its national footprint into new distribution channels and geographic locations.

Kegler Brown has served as outside general counsel to Donatos for decades. In that time, we've become trusted business advisors and proactive legal counsel, and we've developed a rare trust in each other. The firm handles the acquisitions and commercial and financing transactions that are critical to the company's long-term strategic growth plan.

In one of the company's defining transactions, the Grote family relied on Kegler Brown's M+A team to represent them in the sale of Donatos to McDonald’s Corporation in 1999. And when McDonald’s decided to focus instead on its core business in 2003, Kegler Brown worked closely with the Grote family to repurchase the company from the fast food giant in a highly publicized transaction.

With more than 150 locations across 9 states, Donatos relies on positive franchisee relations and compliant franchise sales in order to continue its nationwide growth. Along with strategic expansion advice, Kegler Brown facilitates the M+A of franchisee units and manages ongoing state and federal regulatory compliance necessary for operation.

Because innovation is a core aspect of the business, protecting proprietary intellectual property is paramount to the company's unique positioning strategy. The lawyers at Kegler Brown have counseled Donatos on its intellectual property strategy and the protection of its key branding elements and industry trademarks, including its renowned Edge to Edge ® mark.

Built on a mission of “Live, Love, Laugh and Learn,” Donatos has cultivated a work environment that focuses on increasing the happiness of its associates. Part of that approach to business has involved the creation of an employment law infrastructure that strikes a balance between legal protection and a loyal workforce. Our attorneys contribute to the Donatos workplace culture by crafting policies and procedures that are based on our thorough understanding of the company's mission and steadfast dedication to its employees.

In one of its defining transactions, Donatos relied on Kegler Brown's M+A team to represent the company in its sale to McDonald’s Corporation. 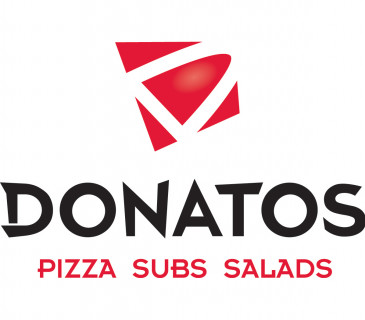