In a case involving an 18-year-old girl, who pulled her vehicle in front of a truck resulting in the deaths of her two brothers and substantial injuries to herself and her sister, the Ohio State Highway Patrol filed a 45-page report putting the girl at fault. The family went to multiple attorneys and could find no one interested in handling the case. The team at Kegler Brown felt confident in the case and hired a private investigator, who found that the truck involved in the accident had a black box underneath it, similar to an airplane. From that information, we were able to determine how fast the truck driver was going when he first hit his brakes. Our team then sought out a Harvard physicist to validate the calculations and determine that if he had been going the speed limit the accident could have been avoided. After creating a demand package and submitting it to the insurance company, we were able to settle the case for the policy limits of $1 million. 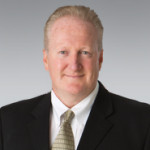