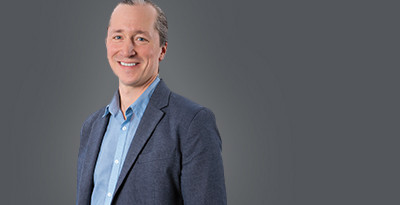 The Anatomy of a Deal Newsletter March 27, 2020 by Eric D. Duffee + Steve Barsotti

This piece is a collaboration with Steve Barsotti, a director at Kegler Brown who works with companies on planning and implementing their strategic and operational goals with a focus on capital strategy, deal structuring, and financial problem-solving.

Welcome to “The Great Pause.”

In this installment of our “Anatomy of the Deal” series, the patient is dealing with some pretty serious sh*t. With the COVID-19 pandemic wreaking havoc on the world economy, conventional mergers and acquisitions have all but ground to a halt (for now) and both buyers and sellers will be looking to non-traditional avenues, including so-called “distressed” transactions, to provide value for both sides

There’s no playbook for this situation, and anyone who tells you otherwise is just trying to make you feel better. However, some of our experiences from the Great Recession of 2007-2009 (why do we call these things “Great”?) give us some idea of what the future may hold.

1. Deals will get done, but will require more creativity.

By all accounts, private equity still has a mountain of dry powder (read: cash reserves) to deploy. And the reality is that the economic dislocation caused by the Great Pause will create a lot of opportunity on the buy side.

For sellers, some sectors will likely continue to see strong valuations, but most will take a hit. The size and survivability of the hit will depend on the length of the pause, but the most credible optimistic prognostications we’ve seen have an economic restart in Q3 and recovery starting in Q4.

Of course, most businesses do not have a 3-6 month “time out” built into their budgets or business plans. But business marches forward and value is still being created. So distressed deals, meaning those in which a buyer or new capital source comes in and forces a restructuring of the company’s existing capital stack (and often its creditor mix), may become the new normal.

These deals are complex, as they go beyond the typical exercise of maximizing deal value and “fit,” and require careful consideration (and typically negotiation) with many stakeholders. But properly and thoughtfully executed, these deals can provide much-needed stabilization and a positive, viable path forward.

Generally, in these deals the seller is not the mythical “willing seller.” Instead, the seller is forced to sell (or recapitalize) under circumstances that are outside of its control. In some cases, the “seller” is not even the business owner, but may be an outside secured creditor.

For strategic buyers (with cash), these transactions offer an opportunity to strengthen themselves during challenging times by:

For sellers, these transactions offer an opportunity for a path forward that can provide some recovery to creditors and existing investors, and sometimes continued participation in upside. It also provides several opportunities:

2. Debt financing may be scarce.

One important difference between the COVID-19 crisis and the Great Recession is the fact that the lenders themselves were at the source of the previous crisis. You’ll recall that third-party financing wasn’t just scarce during 2008-2009; it was virtually non-existent.

In this instance, the banks themselves are much healthier (at least for now). That said, banks tend to be extraordinarily risk-averse and will likely struggle to underwrite deals in the current state of uncertainty. Moreover, banks are likely to be dealing with a rash of defaults and loan workouts in the coming months, which may have an impact on their ability to execute. As such, even if they have the capacity to loan funds, traditional lenders are likely not going to be providing much in the way of funding for the most part. Non-traditional lenders may have more flexibility, but will be facing many of the same issues. It’s also very possible that new private financing sources emerge or existing private funds change their typical investment structure and return models.

It’s likely that potential buyers will need to look to their own balance sheets to finance a distressed transaction. Few buyers are likely to have both the financial wherewithal and the stomach to pursue distressed opportunities in this time of great uncertainty. Those that do, however, will find many attractive potential opportunities.

3. Earnouts and other forms of contingent consideration will become more common.

We’ve discussed earnouts in a previous installment, but the term “earnout” simply means a purchase price that is contingent on post-closing events. For example, a buyer may pay $500,000 in cash at closing and the remainder in the form of an earnout in which the buyer pays the seller 10% of post-closing income from the business (usually up to some maximum amount).

While the theory seems benign, as we’ve said before, earnouts are fraught with problems. But in distressed deals, earnouts tend to become more common for a few interrelated reasons:

A common form of earnout in the distressed context is one in which the entire “cash” portion of the purchase price is used to pay-off or assume the seller’s debt. So, in effect, the seller is selling the business for a cash-free/debt-free purchase price of $0. However, the deal includes an earnout to give the seller a chance to earn something if the buyer is able to experience any success post-closing. In an ideal world, the buyer is happy to pay the earnout because it means that the deal worked to its benefit—though it’s always more complicated than that.

We won’t rehash the issues with earnouts here, but it’s important to know that earnouts are more likely to rear their heads in a distressed M+A deal. Given the circumstances, an earnout may actually be helpful to the seller who is otherwise faced with the prospect of handing over the keys with no net return.

4. Deal terms are different than in a typical transaction.

We spent the better part of the first year of this series talking about the typical deal terms that come into play in conventional M+A deals. While we don’t throw those entirely out the window, the terms become very different in distressed deals.

Second, even if the seller signs whatever piece of paper the buyer requests, the seller probably has liquidity issues that will make it difficult to collect. In typical M+A deals, we see escrows and holdbacks to provide security for the buyer. Those don’t work anymore when virtually all of the purchase price is being paid to discharge debt owed to third parties.

5. Sometimes a distressed deal isn’t the way to go.

While distressed transactions are a potential tool to bail out the seller and to provide a potential growth path for opportunistic buyers, they don’t work for all situations. Here are just a few situations in which a distressed deal may not be practical or advisable:

In these cases (and in many others), the better result may be for the seller to undergo a reorganization through bankruptcy, a sale under the supervision of a bankruptcy court, or an orderly liquidation of its assets. We’ll be doing a follow-on article describing how bankruptcy and state receivership processes can provide a vehicle for getting deals done that otherwise would be impossible or economically unviable.

6. They’re not for the unwary.

Distressed deals can be a good solution for buyers and sellers, but they raise a whole host of issues that make for many possible traps. Due diligence will be at a premium, particularly because—as noted above—post-closing recourse against the seller will be difficult, if not impossible. But time is not typically on either party’s side during these deals. The business may be deteriorating rapidly and creditors may be circling while the deal is in limbo. Creditors’ patience will be thin because they’ll need to move quickly to secure their position if a liquidation becomes inevitable.

In addition, the creditor issues can make for a very difficult dynamic. Missteps could result in the buyer inheriting the very liabilities it sought to avoid. Or, the buyer may find its deal being unwound after the closing. And for sellers, they may end up retaining liabilities that they did not expect.

Distressed deals are inherently messy and involve risks. Both sides will need to get comfortable with the risks, and which of those risks cannot be completely erased. However, risk should correlate with return. Cautious buyers may find good opportunities—and beleaguered sellers may gain some relief. The key is to understand the risk landscape and look for creative solutions that, ideally, can create value in a situation where value can sometimes be difficult to see.

Next month: The Post-Pandemic Future for M+A Activity